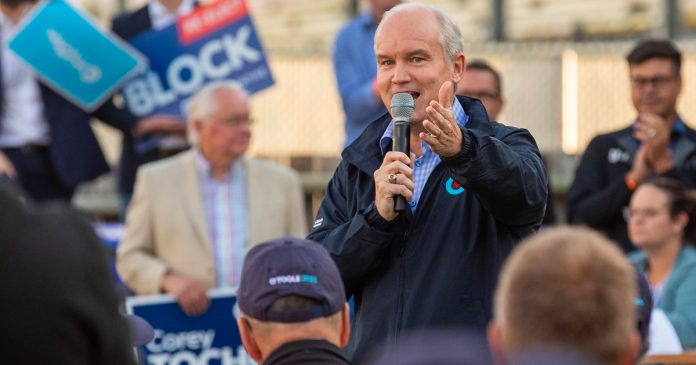 When Vancouver opened its first injection site in 2003, their harm reduction strategy was to include four pillars.

In addition to (1) keeping drug addicts safe, Vancouver’s Insite was to offer (2) prevention, (3) recovery and treatment and (4) enforcement pertaining to lawlessness in the neighbourhood surrounding the East Side site.

But as those involved with the rollout told me in 2016 – just before Toronto brought similar sites to its downtown – all three pillars other than harm reduction quickly fell by the wayside and the area became a kind of Dante’s Inferno.

Drug dealing proliferated, dirty needles were found in alleyways, human defecation was everywhere and there was plenty of violence.

Deaths from overdoses increased in Vancouver’s East Side and research showed only 3% of those using InSite were referred for actual treatment.

That is exactly what has happened in Toronto as the harm reduction industry has grown and flourished. There are now nine safe injection sites and four Urgent Public Health Needs sites in the city with neighbourhoods surrounding the sites experiencing increased crime, dirty needles even in schoolyards, assaults and defecation left in public places.

The sites have all been approved and funded by the Trudeau government. As recently as April of this year, health minister Patty Hadju injected another $7.7 million into Toronto’s harm reduction programs.

Toronto public health – which either operates or decides what agency will operate new sites – sees no disconnect when they announce that deaths from opioid drug overdoses keep rising year over year.

It’s all about enabling drug addicts by allowing them to take their illegal drugs with clean needles in a safe environment, after which they are sent back to the streets to deal with their high.

Toronto’s downtown has become a centre for the drugged out who – like in Seattle – often engage in what should be private acts in public and abuse or harass innocent passersby.

One can’t blame the addicts. They are not being given the tools by our politicians at all levels of government to deal with their personal crises. The harm reduction industry wouldn’t have it any other way seeing as they wouldn’t have a job if addicts actually recovered.

While the Trudeau government has made it pretty clear they are looking at further enabling behaviour by decriminalizing hard drugs, Conservative leader Erin O’Toole has introduced a platform that focuses on recovery, the pillar very much missing and ignored by the Liberal government.

It is refreshing to see someone who thinks the solution to the drug crisis is not to keep feeding addicts their poisons.

He intends to invest $325-million over the next three years to create 1,000 residential treatment beds and to build 50 recovery community centres across the country.

These are the detox beds and recovery facilities the harm reduction industry (along with Toronto Mayor John Tory) constantly say are not available – a situation they use as an excuse to push more safe injection facilities.

O’Toole has also indicated his intention to spend $1-billion targeting the specific rehab and mental health needs of the Indigenous, who regularly occupy encampments and other streets and parks in Toronto. This is cruel irony considering that the very Liberal minister in charge of the Indigenous, Carolyn Bennett, resides in midtown Toronto.

Writing these individuals off is not the answer.

O’Toole did say he would continue to permit safe injection sites but I would hope they would be a stopgap measure only. In my view, all sites applying for a license or renewing their license must make recovery measures part of their mandate.

Before any further federal funding is dispersed for harm reduction, a site operator must guarantee that their clients be referred to detox and be held to account for their actions.

This country is at a critical crossroads on the drug file.

Either we have leaders who are prepared to get a handle on the opioid crisis and have the intestinal fortitude to stop enabling hard drug use.

Or our urban centres will continue to deteriorate into drug- and Tent City-plagued cities like L.A., San Francisco, Seattle and Portland.