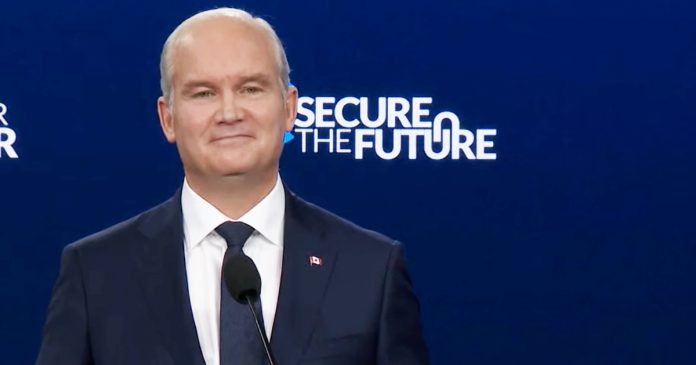 A recent poll by Nanos found that the Conservatives are narrowly leading over the Liberals when it comes to voting preferences among Canadians.

The August 25, 2021 telephone survey found that the Conservatives are polling nationally at 34.4% while the Liberals are trailing behind at 33.6%.

Meanwhile, the NDP is sitting at 18.9% nationally, followed by the Bloc Québécois which is polling at 5.3%, the Green Party which is at 4.3% and the PPC which currently sits at 3.1%.

According to Nanos, the poll surveyed 1,200 eligible voters and a similar survey would have a margin of error of ±2.8 percentage points, 19 times out of 20.

The Conservatives are gaining ground as Liberal Party Leader Justin Trudeau struggles to gain traction in the early weeks of the election campaign.

According to another recent poll published by EKOS Politics, the Conservatives have been closing in on the Liberals since last week.

Their poll, which was conducted between August 15th and 18th had the Conservatives sitting only one point behind the Liberals at the time.

Trudeau has faced several challenges on the early campaign trail including a number of gaffes and federal inaction on the evolving crisis in Afghanistan.

Conservative Party Leader Erin O’Toole recently accused the Liberals of being slow to act when it comes to evacuating people from the region.

“We were calling for action to get people out, to work with our allies. We’ve been demanding this for months and, in some cases, years. The Trudeau government has failed to act and they have abandoned people on the ground in Afghanistan,” O’Toole told reporters on Thursday.