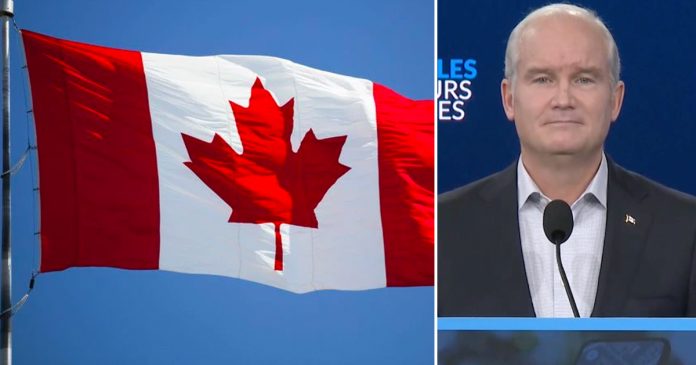 Conservative leader Erin O’Toole says flags at government buildings should be restored to full-mast, asserting that committing to reconciliation need not come at the expense of celebrating Canada.

Canadian flags have been at half-mast nation-wide for nearly three months after Justin Trudeau ordered them lowered following the announcement of unmarked graves at a former residential school near Kamloops, BC.

At a press conference Thursday afternoon in Ottawa, O’Toole said he is committed to Indigenous reconciliation, but added the time has come to raise the Canadian flag.

“I do think we should be proud to put our flag back up,” O’Toole said.

The Government of Canada has a standing half-mast order for flags at all government buildings in Canada, including the Peace Tower on Parliament Hill, to mark “discovery of remains at the former Kamloops Indian Residential School.”

The order is in effect “until further notice.”

The flags were initially lowered May 30, and remained at half-mast on Canada Day July 1.