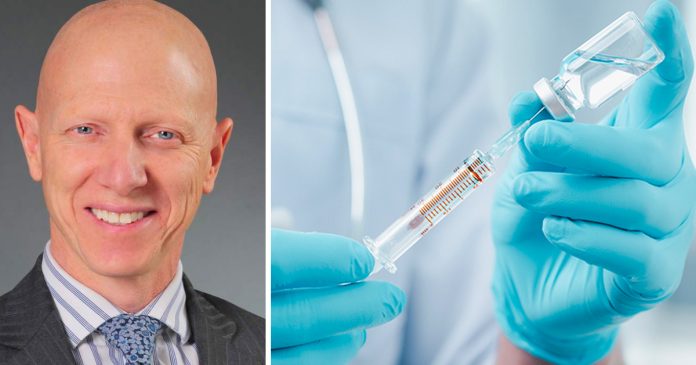 London city councillor Michael van Holst wants council to seek legal advice on the need for public health measures, such as vaccine mandates and vaccine passports, which he claims are extreme.

During a Monday meeting of London’s Corporate Services Committee, van Holst’s submission referred to the “sometimes corrupt” pharmaceutical industry and whether or not they have influenced the public’s perception around COVID-19.

“The goal of this communication is to argue that the need for vaccines has been exaggerated and does not warrant the imposition of extreme measures that could place our corporation in jeopardy of infringing unlawfully on protected rights. Because of this risk, I will also request legal opinions and that those be shared publicly,” writes van Holst.

Van Holst’s motion does not provide extensive evidence for his claims regarding vaccines but does cite “aggressive marketing of vaccines” and past alleged criminal behaviour by pharmaceutical companies like the opioid manufacturer Purdue Pharma.

“The industry also had a lot to lose if an inexpensive treatment was found to cure the disease or (worse for them) the fear of it. I suspect this was the reason that the treatment alternative and its proponents suffered heavy personal attacks and deplatforming under the COVID narrative,” wrote van Holst.

Among the legal questions van Holst seeks answers to include whether London could be sued for instituting a mandate, whether the city could be held liable for vaccine harms or deaths and other issues.

Van Holst’s motion comes at a time where numerous Ontario municipalities including Toronto are implementing vaccine mandates for public workers and other sectors.

The City of London is set to implement its own staff vaccination policy which is set to come into effect on September 29, 2021.

Those employed by the city will be required to provide proof of vaccination status unless they have a medical exemption or other reasons for not getting vaccinated based on the Ontario Human Rights Code.

Those with written attestation will be required to submit to regular testing and provide negative test results. Additionally, those who are not vaccinated and are not exempt will also need to do the testing ontop of having to complete a COVID-19 vaccination education session.