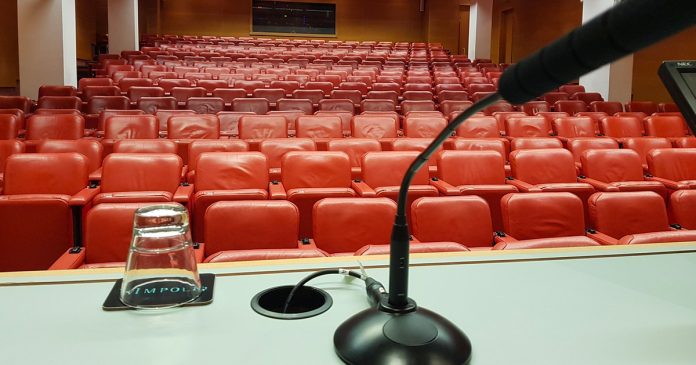 While many 2021 federal election all-candidates meetings are happening virtually this year, some in-person events will only be open to those who can show proof of COVID-19 vaccination, True North has learned.

In Trois-Rivières, Quebec, candidates from the Liberal Party, NDP, Bloc Québécois and Greens will be debating environmental issues at the Collège Laflèche auditorium on September 7th.

Quebec’s vaccine passport, however, comes into effect on September 1st, so Collège Laflèche stated in bold, capital letters on their event page that a vaccine passport will be required to attend the event.

On September 10th, the anti-poverty organization Coalition contre la pauvreté de La Petite-Patrie is hosting an all-candidates debate at Saint-Édouard Church in Montreal, and the group confirmed to True North that they are requiring attendees to produce a vaccine passport.

British Columbia’s vaccine certificate program likewise kicks in on September 13th, at which time individuals participating in “discretionary” events such as organized indoor meetings must show proof of their first dose.

All-candidates meetings typically give local citizens the opportunity to ask questions of the candidates, learn more about the candidates and their policy ideas and talk to the candidates or their party representatives afterwards. A virtual livestream event, therefore, is not a proper replacement for attending the meeting in person.

“In the context of a public debate between political candidates, even if it is hosted at an otherwise private venue, there is an argument the Charter applies,” said civil liberties lawyer James Kitchen.

According to Kitchen, preventing unvaccinated individuals from attending all-candidates meetings could violate sections 7 (Life, liberty and security of the person) and 8 (Search and seizure) of the Charter of Rights and Freedoms.

Requiring a vaccine passport to participate in civil society “penalizes and stigmatizes people for deeply personal decisions regarding their bodies and their health,” says Kitchen.

Elections Canada has not addressed how vaccine passports may interfere with election activities, stating only that they are not involved in the organization of candidate debates and proof of vaccination will not be required to vote.