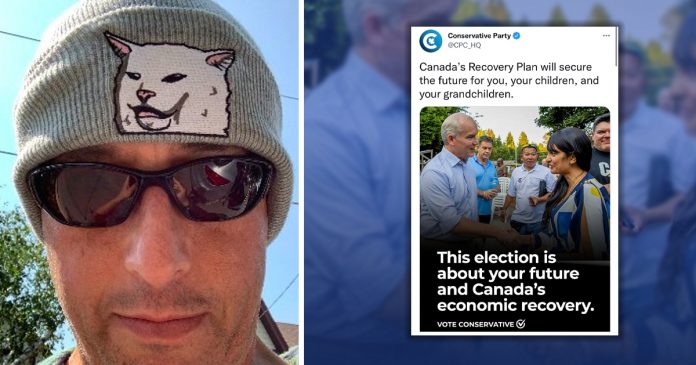 A professor at the University of Toronto alleged in a tweet on Sunday that the Conservative Party of Canada is dog-whistling to Nazis.

David Fisman, an epidemiology professor at U of T, said in a tweet that the Conservatives were promoting Nazism because a tweet the party sent about Canada’s Recovery Plan had the words secure the future for your children and contained 14 words.

“Now they’ve added ‘secure the future for your children’ and they’ve got the slogan at exactly 14 words,” said Fisman. “So creepy.”

Fisman put #dogwhistle near the end of the tweet, and he linked to a Wikipedia page about the Fourteen Words. The Fourteen Words is code word for the Nazi slogan “We must secure the existence of our people and a future for white children.”

The Conservative tweet that Fisman was referencing featured a photo of Conservative leader Erin O’Toole meeting with Canadians of different ethnic origins, including an Asian man and Indian woman.

Last week, the U of T professor announced that he was resigning from Ontario’s COVID-19 Science and Modeling table.

His decision to resign was praised by the legacy media for being neutral and non-partisan.

A week later, many Canadians criticized him for suggesting the Conservatives were promoting Nazism, pointing out its absurdity and the clear partisan behaviour exhibited by a person who was once praised for being neutral.

“When Fisman quit Ontario’s COVID-19 science table a week ago, it was played big in the media…the #1 story on CBC in fact,” said Kay. “So its (sic) interesting that one hour ago, Fisman outed himself as an unhinged whack job who believes Erin O’Toole is sending coded Nazi messages to Canadians.”

Fisman could not be reached for further comment in time for publication.