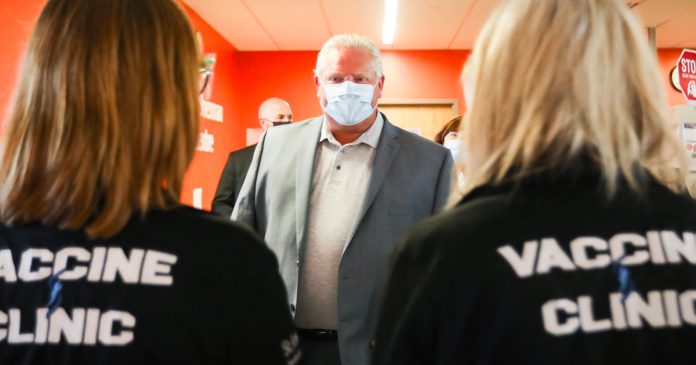 After weeks and months of saying no to vaccine passports and a society segregated based on vaccination status, the Ontario government is now making vaccines mandatory to go to restaurants, gyms, and other locales.

Also, we look at some gaffes from the campaign trail, as well as the latest in Liberal desperation, as seen on last night’s TVA debate.