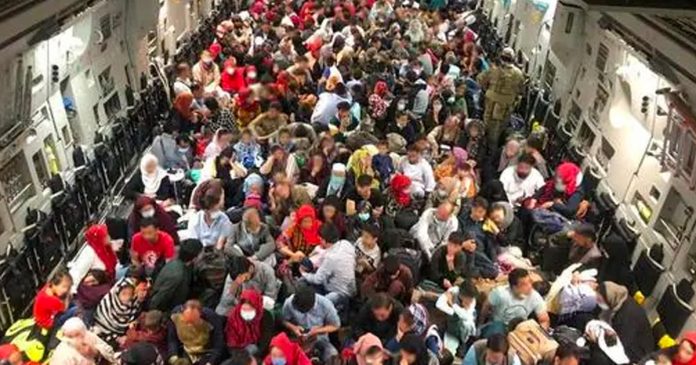 Canadians left behind in Afghanistan are being forced to live in a state of fear and uncertainty while the Taliban asserts its dominance in the region following a hasty retreat by the Canadian government.

According to a report by the Toronto Sun, relatives who remain in contact with their Canadian family members trapped in Kabul are concerned for their kin’s safety.

“They’re scared for their lives,” the source told the outlet.

One anonymous woman told the outlet that their fears reached new heights when authorities from Global Affairs Canada offered to disclose her parents’ location to “local authorities.”

“I said absolutely not. That would actually just make them a target,” the woman said.

Her relatives were ordered to twice follow directions from the Canadian government but were prevented by the massive crowds of people fleeing from getting close to the airport gates.

“I didn’t want to tell them to go to Mazar-i-Sharif, which is an 11-hour drive, and wait there like they did at the Baron Hotel,” said the source.

Global Affairs Canada told evacuees on August 23, to meet at the hotel where consular officials would be present. But according to the source, her parents were turned away by armed US troops.

“Canada’s evacuation operations from Kabul have ended,” GAC emails to the couple wrote.

To date, Liberal Party Leader Justin Trudeau has not offered a concrete plan to evacuate the unknown number of Canadian residents and allied Afghan interpreters left behind in the country.

When pressed on the matter in August, Trudeau deflected by accusing the former Harper government of failing to address the 2015 Syrian refugee crisis.

So far, only 1,700 civilians have been evacuated by Canada, yet thousands more still await orders on how to leave the country.