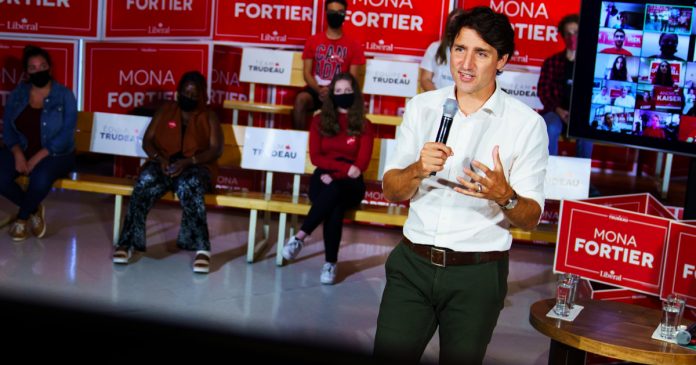 Liberal leader Justin Trudeau called this vanity election in order to achieve a majority government. That is the only reason we’re in an election right now. But, according to an independent and scientifically valid poll commissioned by True North, there is no way the Liberals can reach that goal.

Our poll showed the Conservatives with a very narrow lead in a race that’s too close to call. Either way – if these numbers hold – Trudeau will walk away the loser.

Candice Malcolm is joined by pollster Hamish Marshall to break down the numbers and explain the trends behind them.