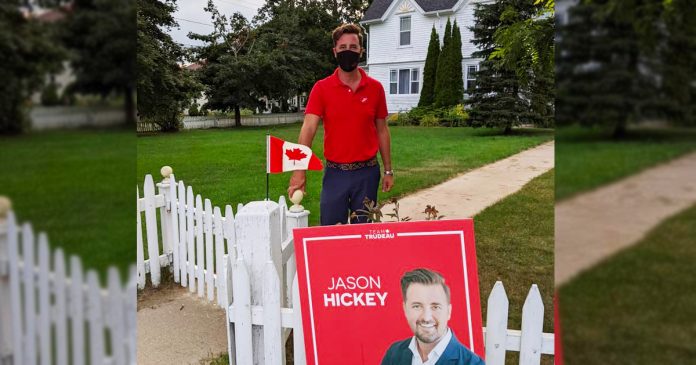 The federal Liberal candidate for New Brunswick Southwest Jason Hickey admitted that the party may tax people who are selling their homes if Justin Trudeau is re-elected on September 20th.

On Thursday, the Conservatives posted a video of Hickey speaking about a potential home sales tax.

“But of course, anyone selling their primary residence, if you do make money on that, unfortunately you will have to pay tax on that,” said Hickey. “I wouldn’t agree to that either, but it’s what we have to do.”

However, the Liberal Party Press Box posted a tweet with another video of Hickey, claiming the footage the Conservatives posted was misleading.

The Liberal Party accused Conservative MP Michelle Rempel Garner of lying when she shared the Conservatives’ video. Rempel said that calling her a liar is a serious charge.

“Your message is defamatory and must be removed immediately,” said Rempel. “Alternately, you’ll be getting a libel notice shortly.”

The Liberals have promised to establish an anti-flipping tax on residential properties, requiring people to live in them for at least one year. People who encounter changes in life circumstances such as pregnancy, death, new jobs and divorce will be exempted from the anti-flipping tax. No rate has been specified for the proposed tax.

The Canadian Mortgage and Housing Corporation in 2020 spent $250,000 researching a home equity tax. Organizers of the project equated homeowners to lottery winners whose residences were tax shelters. The objective of the project was to identify solutions that could level the playing field between renters and owners.

Prime Minister Justin Trudeau said at a press conference on Tuesday that if re-elected, there will not be a home sales tax.

“We will not do that,” said Trudeau. “That is something that we are not interested in doing.”

Hickey, the Conservatives and the Liberal Press Box could not be reached for further comment in time for publication.