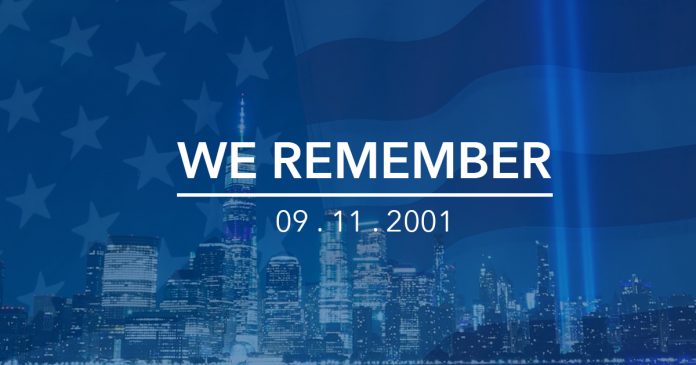 Twenty years ago on this fateful day, the world was rocked by one of the evilest terror attacks perpetrated on Western soil.

September 11, 2001, began like any other ordinary morning in the heart of New York City.

Traffic was blaring through the busy streets of Lower Manhattan as throngs of people rushed to work and school children boarded their school buses.

Unbeknownst to them, a dozen kilometres above ground, 19 al-Qaeda terrorists were in the midst of hijacking four commercial airliners with the single goal of killing as many innocent Americans as possible.

Their intended targets were picked with the purpose of causing mass casualties and hitting the US where it hurt – the heart of its financial district, the World Trade Centre.

Nearly 3,000 innocent men, women and children including 24 Canadians lost their lives at the hands of Islamist terrorists that day.

On the ground, emergency services struggled to contain the situation and evacuate the remaining civilians from the two buildings as it was becoming clear to the world that America was under attack.

Tragic scenes broadcast on television depicted desperate people climbing out of windows to escape the inferno inside while others took the heart-wrenching decision to jump to their deaths below.

“Today, our fellow citizens, our way of live, our very freedom came under attack in a series of deliberate and deadly terrorist acts,” Bush told the nation that evening.

Within less than two hours, structural damage and fires weakened both buildings causing them to collapse which also triggered the 7 World Trade Center building to give way.

Operation Yellow Ribbon commenced at Gander International Airport, allowing 38 different flights to divert their route and land in Newfoundland, Canada, with the intention of clearing US air space from any further threats.

Despite the horrible destruction caused by the actions of a handful of terrorists, the full force of human compassion and charity blossomed after 9/11. Canadians, Americans and the international community arose from the ashes of that day with a bond that was greater than any that had gone before.