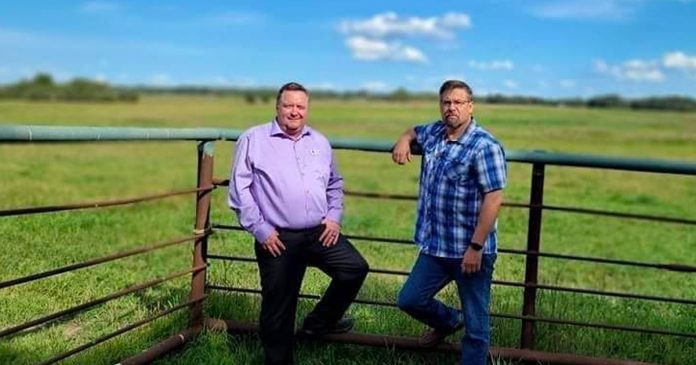 A former Conservative member of parliament who resigned as the Conservative candidate less than a day before the campaign started is set to endorse the People’s Party of Canada (PPC), True North has learned.

McDonald told True North this is a huge endorsement for his campaign and the PPC.

“We’re the true conservatives. We’re bringing people home,” McDonald said, noting Yurdiga is likely to bring over traditionally Conservative voters. “People listen to David. He’s a good man. He really supported the area for many years. He did very good in that, and people really value his work.”

Conservative party officials said Yurdiga’s resignation as the Conservative candidate was due to health concerns, though the decision came amid controversy over Yurdiga calling vaccine mandates “tyrannical.”

Yurdiga was swiftly replaced by Laila Goodridge, who stepped down from the Alberta Legislature to seek the federal seat.

A PPC source told True North almost all of the members of the federal Conservative and provincial United Conservative Party association boards in the riding have switched their support to the PPC.

Earlier in the campaign, Yurdiga shared a photo with McDonald to Facebook, acknowledging McDonald had thanked him for his service as an MP. He stopped short of formally endorsing the PPC in the post, however.

In a statement to the Buffalo Tribune about the photo, Yurdiga cryptically said the election was “not about Ottawa politics,” but rather “the Charter of Rights and Freedoms and the constitution,” citing his opposition to vaccine mandates and vaccine passports.

In 2019, Yurdiga carried the riding with just shy of 80% of the vote, with the PPC candidate getting 3.3%. However, 2021 campaign polling reveals a significantly stronger showing for the upstart People’s party this time around, particularly in Alberta. An Ekos poll this week had the PPC in second place in Alberta with 19%, though the same poll had the Conservatives at 52%.

Yurdiga was first elected in a 2014 by-election in the former Fort McMurray—Athabasca, replacing Brian Jean, who went on to lead the now-defunct Wildrose Party in Alberta.