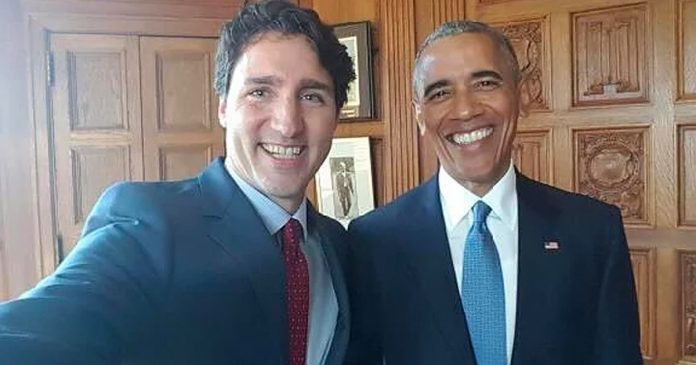 In the tweet, Obama referred to Trudeau as an “effective leader” and a “strong voice” for democracy.

Obama made a similar endorsement during the 2019 election.

“I was proud to work with Justin Trudeau as President. He’s a hard-working, effective leader who takes on big issues like climate change. The world needs his progressive leadership now, and I hope our neighbors to the north support him for another term,” said Obama at the time.

In response, Trudeau thanked the former president saying they were “working hard to keep our progress going.”

For the short period before January 2016 when both Obama and Trudeau were in office at the same time, Canada’s mainstream media fawned over the pair.

Reports over the years by CBC News referred to their relationship as a “bromance” and “Just 2 regular guys.”

Other outlets including CTV News hailed the friendship referring to the pair as “amigos.”

At the time of Obama’s first endorsement, several people questioned whether it was a form of foreign interference.

Additionally, during the 2019 election, Liberal Party Candidate Marc Miller was questioned by critics after having flown to New York City to woo donors at a campaign fundraiser.

According to a Candidate Campaign Return filed by Miller at the time, 28 donors were listed with Quebec residences despite the fundraiser being held in the US. In addition, the exact amounts each donor paid were not disclosed.

As reported by True North founder Candice Malcolm, former Clinton Foundation advisor Justin Cooper was one of the key organizers behind the Liberal Party event.

When questioned on the matter, Miller refused to provide further information and claimed that the New York fundraiser followed Elections Canada guidelines.