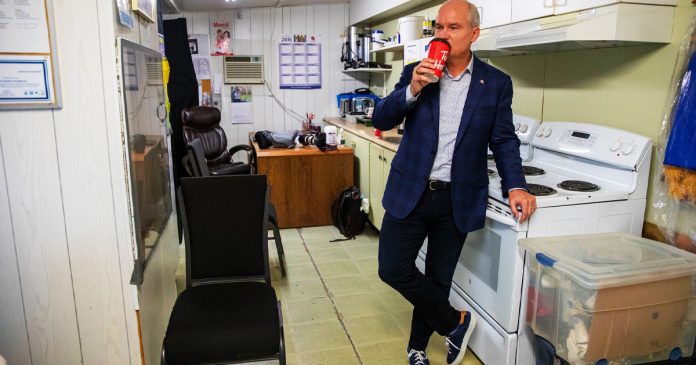 Erin O’Toole misrepresented who he was to Conservative members. During the CPC leadership race, he promised he was “true blue” – a real and principled conservative. But once the campaign started, he revealed his true colours: he ran as a weak-willed Red Tory who refused to stand his ground or defend Canada.

Instead of running as a law and order conservative, he capitulated to Trudeau on so-called assault weapons while turning a blind eye to the real crime problem in this country: illegal guns, gang violence and Canada’s revolving-door prison system.

Instead of running as a fiscal conservative, he faltered and reversed course on carbon taxes, ultimately saying Trudeau’s carbon tax was here to stay.

O’Toole did this time and time again, and flip-flopped on many of the major issues.

In today’s episode of the Candice Malcolm Show, Candice discusses how O’Toole came across as weak, indecisive and out of touch. He missed the golden opportunities to hit Trudeau on his weakest issues, and that’s why he lost the election.