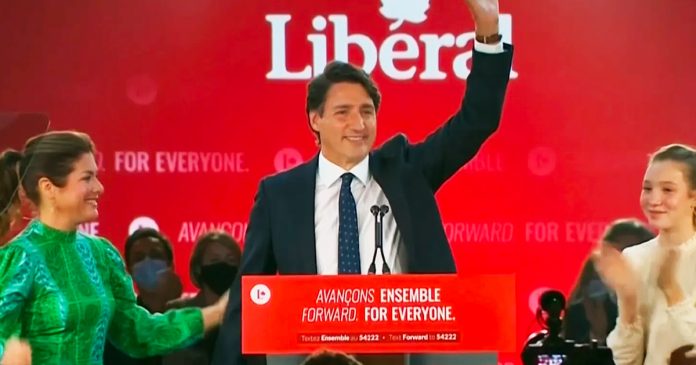 Most Canadians believe that Prime Minister Justin Trudeau should step down to let a new leader take the helm, according to a new post-election poll.

Despite winning another minority in last Monday’s election, 55% of respondents said Trudeau should resign, while only 45% suggested he should remain Canada’s head of government.

The Canadians surveyed overwhelmingly believe that the country is now more divided than ever and that the electoral system needs to be overhauled.

In total, 77% of people polled stated that the country was fractured following the election which produced very few changes in the makeup of government. On the other hand, only 23% of respondents said the country is more united under Trudeau.

The poll was conducted by Maru Public Opinion on election day and the day following, with a random sample of 1,510 Canadians. The poll has a margin of error of +/-2.5% 19 times out of 20.

“This is a signal to leaders of this country, particularly the prime minister and whoever he’s going to end up dancing with, that the public is in need of some healing, and it starts with him,” said Maru Public Opinion executive vice-president John Wright.

When broken down regionally, Albertans were the most likely to say that Canada is divided, with 88% agreeing with the statement. Saskatchewan, Manitoba and Ontario were second, with 79% of people thinking the country is divided.

Additionally, 52% of Canadians believed that the democratic system is broken and needs significant changes.

The poll respondents had also soured on Conservative leader Erin O’Toole, with 51% saying the beleaguered leader should leave his position.

Since failing to produce any significant results in the 2021 election, several prominent members of the Conservative party have sought to trigger a leadership review and have O’Toole removed from power.