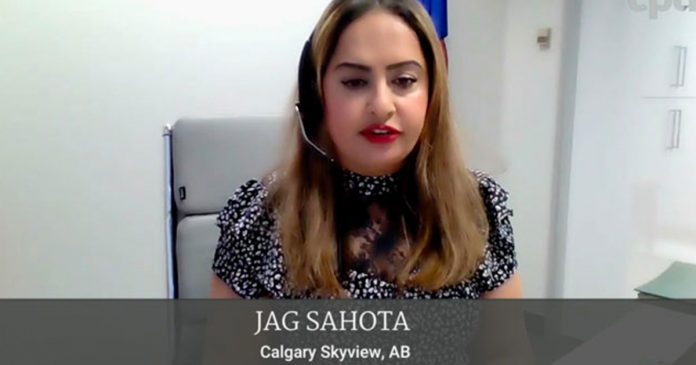 According to Sahota, who lost the Calgary Skyview riding to Chahal by approximately 3,000 votes, the allegations raise serious questions about the integrity of the vote results.

“Voters in Calgary Skyview need to have answers as to whether this activity was widespread throughout the campaign,” read a statement from Sahota’s campaign.

The lawyer representing Sahota, Kyle Shewchuk, said he hopes to file an application with the Court of Queen’s Bench to nullify the election results this week.

The Calgary Police Service had launched an investigation into the incident but now the matter is in the hands of the commissioner of elections.

Chahal has not commented on the incident but his campaign manager Randall Zalazar claimed that Chahal had removed the Conservative brochure because it contained inaccurate polling station information.

Sahota argues it was actually Chahal’s brochure that pointed voters to the wrong location.

A video of the incident, captured by a local resident’s doorbell camera, shows Chahal approaching the door and replacing Sahota’s flyer with one of his own.

According to Elections Canada laws, Chahal could face up to six months in jail or a maximum fine of $5,000 for the incident.

Elections Commissioner Yves Côté has yet to confirm whether an investigation is underway despite being forwarded the complaint by police, citing privacy obligations, but the office pointed out to reporters that the Canada Elections Act is clear on its stance on defacing or removing election material.

Chahal was one of just two Liberals elected in Alberta in the 2021 election.