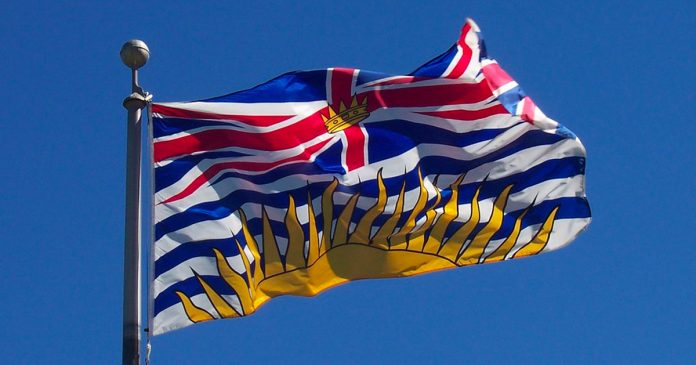 A constitutional rights group is putting the British Columbia government on notice over its new vaccine passport program.

The Canadian Constitution Foundation (CCF), a civil liberties-focused legal charity, announced Tuesday it is mounting a legal challenge to British Columbia’s vaccine passport system and the discriminatory impact it has on people who cannot be vaccinated for medical reasons.

“The BC vaccine passport system is discriminatory on its face, because it does not include automatic exemptions for people who cannot be vaccinated for medical reasons,” said Christine Van Geyn, the CCF’s litigation director, in a press release.

British Columbia’s vaccine passport program took effect on Sept. 13, requiring people to show that they are fully vaccinated against COVID-19 to go to certain social and recreational settings and events.

British Columbia Premier John Horgan said vaccine passports will increase vaccination rates across the province and make fully vaccinated people feel confident that those around them will not spread COVID-19.

“Vaccines are our ticket to putting this pandemic behind us,” said Horgan. “So I call on all eligible unvaccinated British Columbians to roll up their sleeves to stop the spread, and help protect themselves, their loved ones and the people in their community.”

The British Columbia government is not recognizing medical exemptions from those unable to get vaccinated, instead advising these people to stay home.

The CCF is representing clients who are unable to access some public spaces because of medical conditions preventing them from getting vaccinated against COVID-19.

Van Geyn said it is inappropriate to try to force an outcome in one direction through policies such as vaccine passports.

“Adverse reactions to a vaccine are rare, but they do happen,” said Van Geyn. “It is cruel and unconstitutional to add exclusion and isolation on top of physical trauma for a person who has had, or is likely to have, an adverse reaction.”

The first step in the CCF’s challenge to British Columbia’s vaccine passports is a request for reconsideration of the policies related to food and liquor serving premises and gatherings and events dated Sept. 10. Existing case law requires using the administrative route to challenge the order before going to court. The CCF will request the government create categorical exemptions for certain medical conditions.

The British Columbia government did not respond to a request for comment about the lawsuit.

“Our hope is that the government acquiesces and makes the process of obtaining medical exemptions simpler and easier,” said Trotter. “The individuals who need medical accommodation are already facing enough challenges in their daily lives, and the government shouldn’t be making their lives even harder.”

Other similar lawsuits are being filed against various provinces.