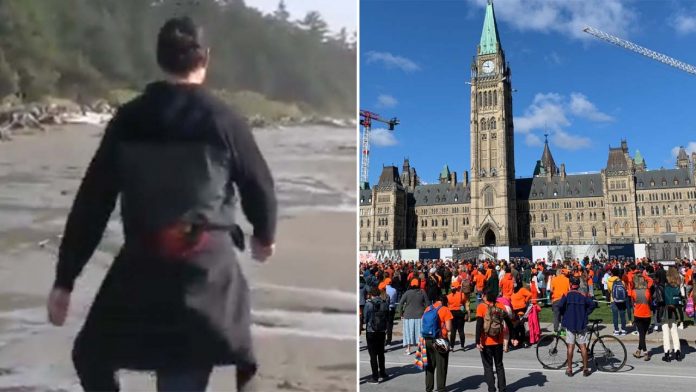 Indigenous leaders and politicians from across Canada condemned Prime Minister Justin Trudeau after it was revealed on Thursday that he took a vacation to Tofino, BC on Canada’s first National Day of Truth and Reconciliation.

“Given the fact this is a nationally recognized holiday in regards to truth and reconciliation, it would have been appropriate for the prime minister to fully acknowledge this day,” said Phillip.

“Rather than do that, he has chosen to turn his back on the historical significance of today and hide out in Tofino.”

Phillip was also joined by the regional chief of the Assembly of First Nations Terry Teegee in his condemnation of Trudeau.

“I don’t understand. He is a political leader, a public servant, and today would have been a good day to really demonstrate his commitment toward Indigenous people, to deal with a lot of the ongoing issues, including the long-term legacy of Indian residential schools,” said TeeGee.

Reports of Trudeau’s vacation first emerged on social media after Toronto Sun journalist Byran Passifiume pointed out that Trudeau’s Canadian Forces private jet landed in the town, despite  his published itinerary showing him in Ottawa for private meetings.

Trudeau’s whereabouts were later confirmed by the Prime Minister’s Office.

Similarly, Conservative Party Leader Erin O’Toole released a statement through a spokesperson slamming the prime minister for the vacation.

“Truth and Reconciliation Day shouldn’t be treated like a holiday but that’s what Justin Trudeau did,” said spokesperson Chelsea Tucker.

“This is the pattern Canadians have come to know with Justin Trudeau. He says nice things about reconciliation but never follows through. As Prime Minister, Erin O’Toole will always mark this day with the respect and dignity it deserves.”

At the same time Trudeau was with his family in Tofino, NDP Leader Jagmeet Singh attended an orange shirt day ceremony outside of Vancouver’s Aboriginal Friendship Centre.