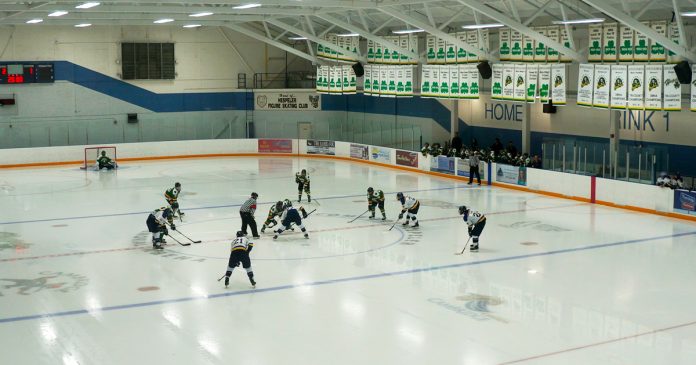 A Georgina, Ont., woman who pleaded guilty to defrauding the Ontario Minor Hockey Association (OMHA) of $2.4 million has been given a four-year prison sentence, according to a press release issued by the York Regional Police on Thursday.

47-year-old Jennifer Guertin pleaded guilty in 2020 to charges of theft over $5,000, breach of trust, two counts of possession of property obtained by crime over $5,000 and unauthorized use of a computer with intent to commit a crime.

Guertin was given a four-year prison sentence and ordered to pay $100,000 to the OMHA.

The OMHA said in a statement that this organization is content this situation has now come to an end.

“At the core of all not-for-profit organizations is a measure of trust and love of their particular sport,” said the OMHA in a statement. “Unfortunately, our trust in our long-term employee created a situation in which she was able to exploit that trust to our, and our members’, detriment.”

The organization said they have learned valuable lessons through this experience. They have since established more stringent financial protocols and oversight, and they redeveloped their internal financial procedures and processes to prevent and detect potential fraud.

“We are fortunate that the ultimate result of one person’s actions did not have an impact on the OMHA’s operations and that the lesson learned was not at the expense of our members’ ability to continue to play and grow the wonderful game of hockey,” they said.

Guertin worked as the director of finance at the OMHA for 17 years.

Detectives with the Financial Crimes Unit began an investigation in 2018 after receiving a report of missing funds from the OMHA. Investigators determined that during Guertin’s term as director of finance, she took about $2.4 million from the association within a six-month timeframe.

She was fired soon after the investigation commenced. She was charged in 2019.

The OMHA serves as the governing body for minor hockey in Ontario, and it oversees 225 minor hockey groups with about 300,000 members.

At the time of the theft, there had been a massive amount of money from tryouts and registrations going into the organization’s coffers.

John Carpay on free speech, censorship, and the fight for civil liberties

John Carpay on free speech, censorship, and the fight for civil...