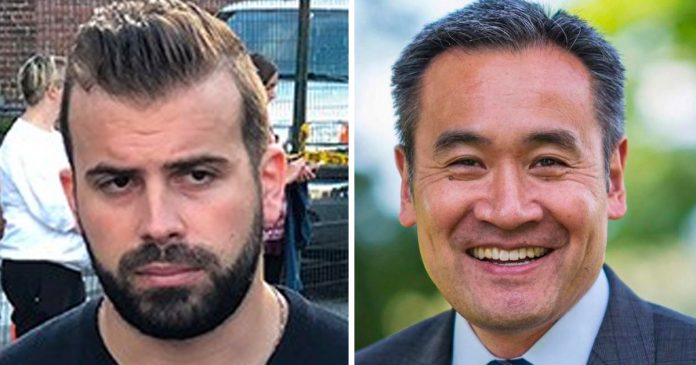 BC Liberal leadership candidate Aaron Gunn isn’t backing down as an opponent calls for his disqualification over supposedly “intolerant views.”

BC Liberal MLA Michael Lee, who’s also running to lead his party, said on Twitter that Gunn, a political commentator and conservative activist, should not be given a platform.

“Aaron Gunn has the right to express his views, but the BC Liberal Party has a responsibility to not give a platform to intolerant views like those he’s shared,” Lee said. “I urge candidates to affirm inclusive values & join me in calling for his candidacy to be rejected.”

In a response, Gunn alleged that Lee had actually welcomed his bid for the leadership in the past and accused him of being “just another politician.”

“Funny, that’s not what you said last week, Michael to my face, when you said you were excited for my entry into the Leadership race and the energy I would bring to the debates,” Gunn tweeted. “I guess you’re just another politician who says one thing and does another.”

Gunn, who is an outsider to the party, has taken flack from both the ruling NDP and the BC Liberal Party for his past commentary which has been critical of gender ideology, radical environmentalism and censorship.

True North reached out to Lee to clarify which so-called intolerant views he took issue with but did not receive a response by the deadline given.

In a statement sent to True North, Gunn replied to Lee’s accusations by accusing the MLA of participating in cancel culture.

“As noted in my Tweet, Michael is exemplifying the worst aspects of politics. He is the classic politician who says one thing and does another, and people are sick of this behaviour,” said Gunn.

Lee’s comments echoed a similar statement put out by the BC NDP a day prior to Gunn’s leadership announcement early in October.

In the news release, the NDP alleged that “Aaron Gunn would make space for discrimination” for saying social conservatives shouldn’t be thrown under a bus and that the BC Liberals should be a big tent party.

Gunn is not the only BC Liberal leadership hopeful who has come under attack for harboring allegedly discriminatory views. Lee himself was accused by the BC NDP on June 10, 2021 of putting “abortion and 2SLGBTQ+ rights at risk” over similar positions that Gunn has held.

“The reality is that the BC Liberal Party is a coalition between federal Conservatives and Liberals. My views are mainstream conservative views. I believe more money should be in your pocket, and I think we need to scrap the carbon tax and abolish the ICBC monopoly. I also believe in defending free speech and vehemently oppose cancel culture, which is what Michael is now participating in,” Gunn told True North.

The BC Liberal Party has yet to ratify Gunn’s candidacy. Party members can expect to vote on who the next leader of the centre-right party and the official opposition will be by February 5, 2022.