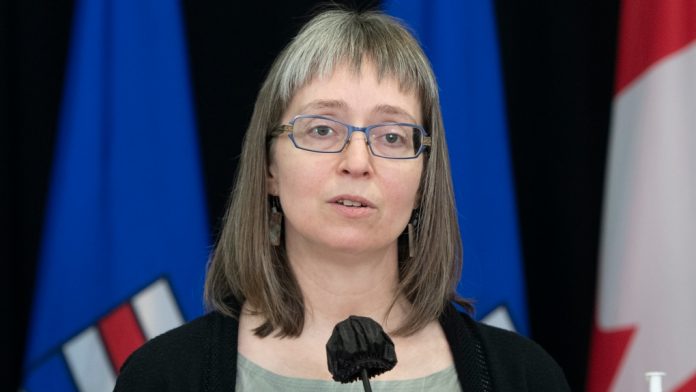 Alberta’s Chief Medical Officer of Health Dr. Deena Hinshaw said on Thursday that the provincial government will no longer report COVID-related deaths in individuals under the age of 18 after falsely claiming earlier this week that a 14-year-old boy died from COVID-19.

In reality, the boy died from brain cancer which was revealed after family members spoke out online about the misleading claims regarding his death.

“I first want to apologize to the family of the 14-year-old whose death I spoke about on Tuesday. The pain of losing a child is terrible enough without having that loss compounded by a public debate about circumstances,” said Hinshaw.

“I’m sorry if the way that I spoke about that death made your grief worse.”

Alberta will now only report on COVID-related fatalities in youth under 18 after a formal review has been conducted, and Hinshaw also pledged to review adult deaths if the circumstances are unclear before making an announcement.

“After a death is reported, if there is uncertainty, it is reviewed to validate our information,” said Hinshaw.

“While the initial report of the death of the 14-year-old included COVID as a secondary cause, we have now received additional information that indicates COVID was not a cause.”

The 14-year-old boy – who has since been identified as Nathanael Spitzer – died on October 7, 2021 due to an inoperable tumour.

“It was a high-grade glioma and the doctors, they didn’t even give him the nine months. They didn’t give us an exact number but they really suggested that five months, six months, maybe,” Jonatan Spitzer, Nathanael’s brother, told CTV News.

“Basically, the whole nine months he was fighting for cancer, and then two days before his death, it was just a COVID case. We just want to get the story straight,” said Nathanael’s sister, Simone Spitzer.