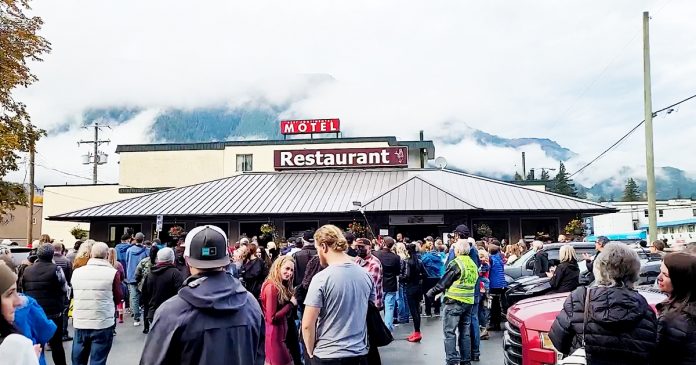 True North’s Lindsay Shepherd reports from a rally in Hope, BC at Rolly’s, a local restaurant that has had their business license suspended for six months because they are refusing to comply with the province’s vaccine passport program.

Though BC requires all table service restaurants to ask patrons for proof of COVID-19 vaccination, Rolly’s has taken the stance that they will not discriminate against customers based on vaccination status.

Despite being fined every day they have remained open since October 7, Rolly’s is not backing down.