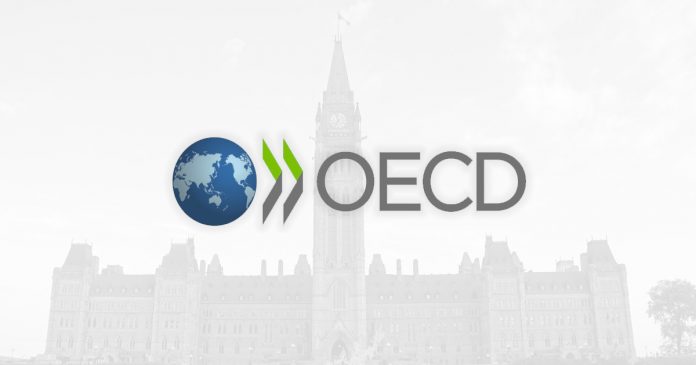 The Organisation for Economic Co-operation and Development (OECD) stated this week that countries don’t have to raise taxes to deal with long-term fiscal issues.

In a recently released long-term scenario, the OECD is warning about incoming fiscal problems in the coming decades impacted by a lack of productivity and demographic changes.

According to projections, governments will have to raise their revenues by 8% of GDP.

“The results of this section do not imply that taxes will, or even should, rise in the future. The fiscal pressure indicator is simply a metric serving to quantify and illustrate the fiscal challenge facing OECD governments. Raising taxes is only one of many possible avenues to meet this challenge. While this strategy appears feasible in some countries where tax levels are relatively low, in other countries it may present a substantial challenge.”

Some of the solutions proposed by the OECD include reforms to increase employment and a hike to the age of retirement. With those measures implemented, the fiscal pressure could be halved by the year 2060 for the median country.

According to OECD figures, Canada has some of the highest taxes in certain areas among fellow member countries. In 2017, Canada had the seventh-highest combined tax rate out of 34 OECD states at 53.3%, slightly behind Sweden which led at 57.12%.

Instead of lowering taxes and following OECD’s advice, Prime Minister Justin Trudeau has increased taxes for many Canadians.

Additionally in 2016, instead of increasing the retirement age when faced with an aging population, Trudeau lowered the age from 67 to 65.