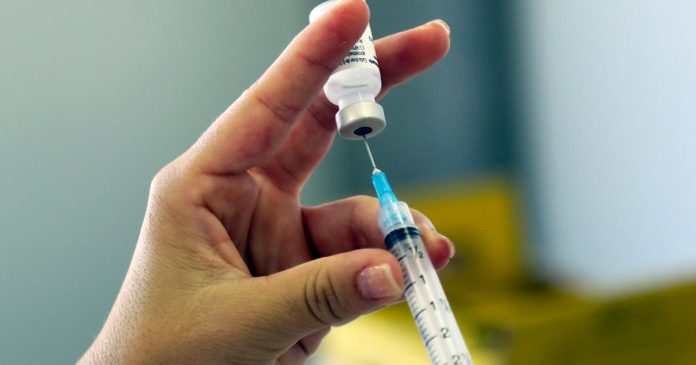 This story has been updated to include comment from the Globe and Mail.

The Toronto Star and Globe and Mail did not disclose a University of Toronto professor’s funding from AstraZeneca when publishing op-eds from him promoting COVID-19 vaccination.

In op-eds to both legacy media outlets, Prof. Mark Lautens was identified by his position as the J.B. Jones Professor of Chemistry at the University of Toronto. Lautens also holds the title of “AstraZeneca Professor of Organic Chemistry,” however, a position funded by COVID vaccine manufacturer AstraZeneca.

Lautens’ has not hidden his funding and research support from AstraZeneca: it appears on his publicly available CV and elsewhere. In fact, Lautens openly thanked AstraZeneca for support in a tweet featuring a money bag emoji dated Aug. 14, 2020.

The Toronto Star’s ethics principles specifically call for disclosure of anything that could create even the “perception of a conflict of interest.”

AstraZeneca partnered with Oxford University to produce a COVID-19 vaccine that was widely used in Canada before the country suspended its use due to risks of blood clots.

Lautens did not respond to a request for comment about his lack of disclosure in the op-eds.

The Globe and Mail has published six op-eds by Lautens since 2020. The most recent opinion article, published Aug. 10, 2021, describes mandatory vaccination for post-secondary students in residence as an “awfully low bar.”

“For my part, I would feel most comfortable in my classroom if every single person who could be vaccinated received their jab before coming to campus,” Lautens wrote. “Getting vaccinated has likely protected the vast majority of us from ending up in an intensive-care unit or dying. Now that is worth celebrating.”

In a Globe op-ed discouraging “vaccine shopping,” Lautens specifically references AstraZeneca, but similarly does not disclose his financial ties to the company.

“The return to vaccine shopping, linked to the arrival of millions of doses of Moderna and ever-changing advice from the National Advisory Committee on Immunization (NACI) on AstraZeneca, sheds light on what happens when confused citizens start treating vaccines like shopping for your favourite luxury brand at Holt Renfrew,” Lautens wrote in the June 2021 column.

“I would encourage shopping to help support businesses, not for vaccines. Please. For your sake. For the sake of others.”

Similarly, the Toronto Star published an op-ed titled “Turning on the ‘science tap’ to fight COVID-19” in which Lautens discussed vaccine development and advocates for further scientific research funding.

“Since no one can predict what technology is going to be needed, we should maximize diversity in our research funding, in all its incarnations,” Lautens wrote on March 23, 2020.

“Investing proactively in research is just one of the cornerstones to improve human health. No one believes we have the resources to fund all topics to the level they deserve, but wise and broad investment provides the best hope for better outcomes.”

The Toronto Star did not respond to a request for comment from True North. Shortly after this story was published, the Globe and Mail added a disclosure about Lautens’ AstraZeneca funding to all of his op-eds.

“Yes, the AstraZeneca information should have been included in his credentials on columns about vaccines and that has now been updated,” Globe and Mail opinion editor Natasha Hassan told True North.