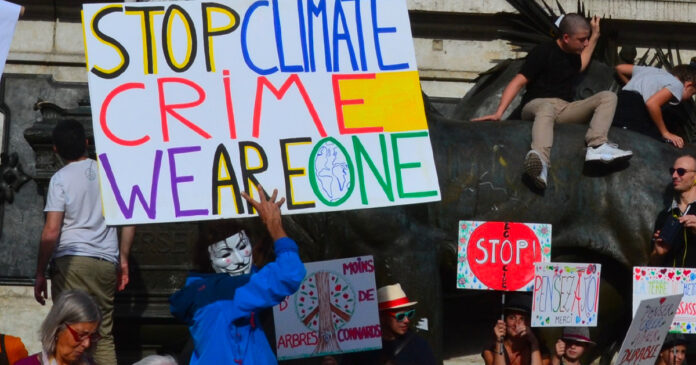 A much anticipated public inquiry into anti-Alberta energy campaigns released its findings today confirming that “well-funded foreign interests” have waged a “decade-long campaign of misinformation” to landlock the province’s oil and gas industry.

The report reveals that there are enormous amounts of foreign funding flowing into Canada with the purpose of influencing public opinion against Alberta energy developments.

According to the report, registered Canadian charities at large have received nearly $15 billion in foreign funding since 2010.

Included in that figure was $925 million in foreign funding for “environmental initiatives,” while more specifically $54.1 million was specifically earmarked for “anti-Alberta resource development activity.”

The inquiry is based on findings by Canadian environmental charity researcher Vivian Krause and further forensic accounting work done by the firm Deloitte Forensic Inc. To achieve their findings Deloitte pored over 200,000 documents and investigated 200 organizations.

“Of substantive and significant importance for Albertans and Canadians to note, is the large quantum of foreign funding flowing into Canada for whatever purpose, and which has the potential to influence matters of public interest to Albertans and Canadians,” wrote Commissioner of the Public Inquiry into Anti-Alberta Energy Campaign J. Stephens Allan.

With regard to how much this funding impacted oil and gas developments, Allan remarked that while the anti-Alberta energy campaigns “have played a role” it was impossible to determine the exact economic damage due to the numerous factors at play including natural market forces.

However, Allan noted that many environmental NGOs have taken credit for the cancellation of projects like Keystone XL and the Northern Gateway Pipeline.

According to the report, there were “several attempts to influence decision makers – including those in federal and provincial governments – in a way that could constitute an attempt to directly or indirectly delay or frustrate the development of Alberta’s oil and gas resources.”

Some of the major funders identified by the report include Pembina, Greenpeace Canada, LeadNow, the Dogwood Initiative and re-granters like the Tides US Foundation. Of the dozens of entities identified as funders, all but one had headquarters in the US.