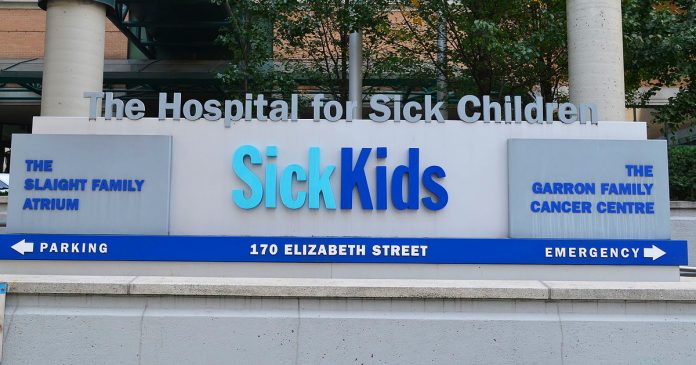 The SickKids Hospital has joined other medical institutions across the country in forcing staff to take unpaid leave for not being fully vaccinated.

Recently the hospital revealed that 147 employees are currently on unpaid leave after not being able to prove they are fully vaccinated.

Numerous doctors, nurses and hospital staff throughout Canada have already been taken off of their jobs despite increasing pressure on the hospital system.

In British Columbia, a nursing union that represents 48,000 employees came out against the province’s mandatory vaccine order saying that removing any staff during a time of crisis could be disastrous for the healthcare system.

According to Ontario government mandates, hospital staff have a choice to either be fully vaccinated or subject themselves to regular testing.

Ontario Premier Doug Ford has indicated that while he encourages everyone to be vaccinated, making it mandatory would worsen healthcare staff shortages.

Although the Ford government has not mandated vaccination, hospitals and companies in the province have taken it upon themselves to institute their own mandatory vaccination policies.

Earlier this month, 15,000 healthcare workers faced suspension without pay in Quebec after the province instituted a similar mandatory COVID-19 vaccine.

“Most of them are not going to go back to health care if it stays. Some love their jobs and are dedicated; they work so many hours and shifts,” said lawyer Natalia Manole who is representing them in court.