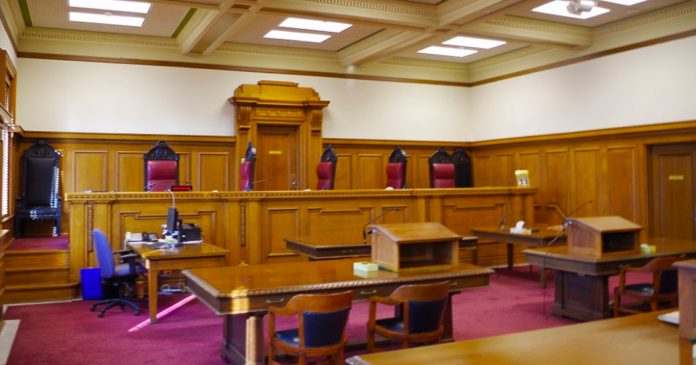 Two concurrent decisions from Manitoba Chief Justice Glenn Joyal from the Manitoba Court of Queen’s Bench upheld the province’s lockdown policies, according to a press release issued by the Justice Centre for Constitutional Freedoms (JCCF) on Thursday.

The first decision held that the authority given to Manitoba Chief Provincial Public Health Officer Dr. Brent Roussin was constitutional. The second decision said that Manitoba’s lockdown restrictions were justified in violating the Charter rights of freedoms of conscience, religion, expression and peaceful assembly.

Joyal found there had been no constitutional violations of the right to life, liberty, and security of the person and equality rights with the province’s lockdown measures, which included restricting stores from selling goods the government deemed “non-essential” and closing churches for worship.

Joyal said in his decision that these lockdown measures are appropriate.

“In the context of this deadly and unprecedented pandemic, I have determined that this is most certainly a case where a margin of appreciation can be afforded to those making decisions quickly and in real-time for the benefit of the public good and safety,” said Joyal.

“Determination of whether any limits on rights are constitutionally defensible is a determination that should be guided not only by the rigours of the existing legal tests, but as well, by a requisite judicial humility that comes from acknowledging that courts do not have the specialized expertise to casually second guess the decisions of public health officials.”

The hearings on these cases occurred in early spring.

JCCF constitutional lawyer Allison Pejovic said in the press release that she disapproves of the decision.

“We are disappointed in these decisions and in the unwavering deference accorded to public health officials,” said Pejovic. “We are carefully reviewing the decisions and are considering an appeal.”

The JCCF said the onus was on the Manitoba government to justify these restrictions under the Charter as reasonable, necessary and beneficial.

Similar lawsuits have been initiated by the JCCF throughout the pandemic.

The JCCF filed a lawsuit against the Alberta government for Bill 10 last year. Bill 10 allowed cabinet ministers to make new laws and offences related to public health without consultation from the Alberta legislature.