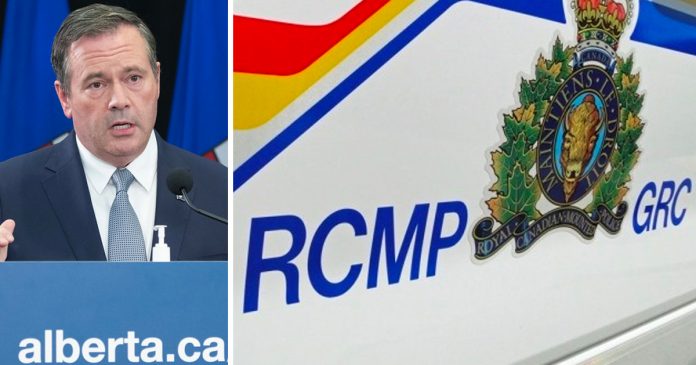 The RCMP union is trying to trademark possible names of a hypothetical Alberta provincial police force to throw a wrench in Alberta’s pursuit of its own independent law enforcement agency.

The trademarks have not been approved and are still under consideration.

Kenney has put forward the idea of creating a police service under the province’s jurisdiction as a way to break free from the federal model and better address Alberta’s specific law enforcement needs.

“Especially in rural (areas), one of the issues is unacceptably long police response times. I think we can do better with a community police model. That’s what the city people have, with municipal police forces, in Calgary, Edmonton, Lethbridge and four other communities. If it’s good enough for city people, why isn’t it good enough for rural people to have their own local police force?” Kenney said in August. “That’s what an Alberta provincial police force would provide.”

“We don’t believe it should be easy for Premier Kenney to proceed unchallenged along the path of this politically-motivated proposal to replace the RCMP with a new provincial police service — which public polling tells us just isn’t what Albertans want, and continues to lack any transparency and accountability,” Sauvé said.

In reality, polls indicate that more Albertans (46%) supported a provincial police force than those who didn’t (39%).

“The government will not be deterred by petty attempts of obstruction. Any decision will ultimately be made in the best interest of Albertans,” said Alberta Justice Minister Kaycee Madu in response to the NPF application.

According to a trademark expert and University of alberta professor Cameron Hutchison, it is likely that the union will not be granted the trademarks.

“Normally, you have competitors and people who want to use the same word for their products. We have Pears soap or Dove soap, right? We don’t want to allow trademarks over (the word) soap because then nobody else can use them,” Hutchison told the Edmonton Journal.

“So either one of those would be a bar to getting a trademark, and I don’t see how they clear that hurdle.”