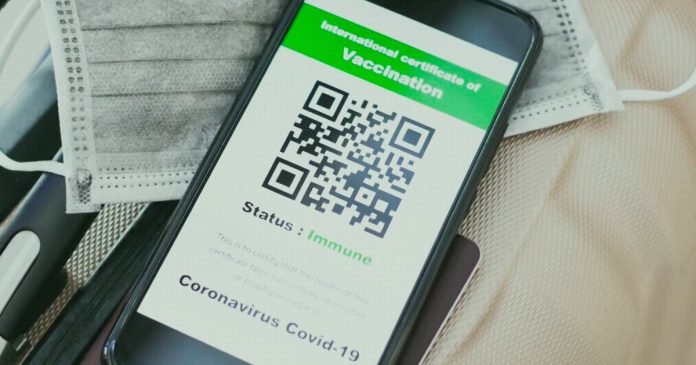 Ontario’s former information and privacy commissioner Dr. Ann Cavoukian is raising the alarm about the potential for vaccine passes to be used by governments to spy on their citizens.

Cavoukian, who also holds a senior fellowship at Ryerson University’s Ted Rogers Leadership Centre and is the executive director of the Global Privacy and Security by Design Centre, made the comments in an interview with the Epoch Times.

“Wherever you have to give your vaccine passport, it’s not just the QR code. They’re asking you for identification—your driver’s licence, your phone number—there’s personal information linked to it,” Cavoukian told the outlet.

The Ontario government has claimed that the vaccine passport model they introduced on October 15, 2021 provides “greater security and privacy protection” by way of using a QR code which is essentially an advanced barcode that can contain more information.

However, as experts have pointed out, vaccine passports are not impervious to abuse or attacks from cybercriminals or foreign entities.

A group of so-called hackers notified the Quebec government that it was able to access the QR codes of several high-profile politicians, including Quebec Premier Francois Legault by way of a loophole in the system.

Additionally, as Cavoukian explains, governments have not indicated when an end to the vaccine passport system will take place.

“What often happens is when there’s an emergency, the privacy laws get lifted because it’s an emergency situation and additional measures are introduced. Then, when the emergency ends, those privacy-invasive measures often continue,” she said.

“That’s what happened with 9/11, with the Patriot Act, and others. And so my fear is that people are going to just expect to have to reveal vaccine status on a go-forward basis, even when the pandemic ends.”

On Friday, the Ontario government unveiled its reopening plan, which aimed to lift the province’s vaccine passport system in early 2022. However, their plan is contingent on factors such as case numbers and hospital capacity.

According to Cavoukian, this kind of data gathering will create a “global digital infrastructure of surveillance” which is constantly being updated by “hundreds and thousands of sites that are obtaining these vaccine passports from you.”

“With vaccine passports, people are being forced, they’re demanded to reveal their vaccine status. And that should be no one’s business except for the individual and their own doctor,” said Cavoukian.