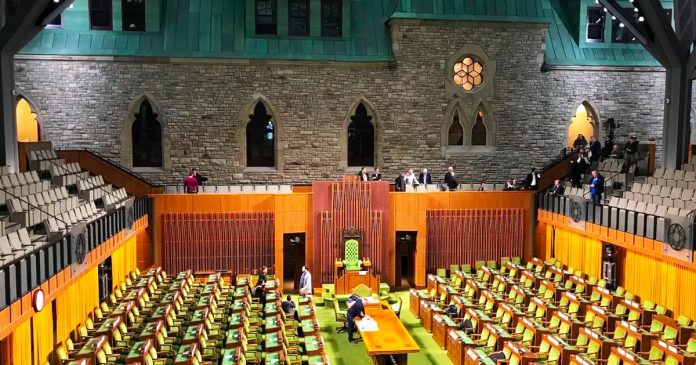 The most striking feature of the recent federal election was the amount of overlap between the parties when it came to their platforms as well as their overall governing philosophies.

We’ve come to a point where the Liberals, Conservatives, New Democrats, Bloc and Greens all have the same opinion on virtually every political issue that matters to Canadians.

Sure, each party has a slightly different way of framing the issues — tinkering with the various rates and rebates here and there — but, overall, it would be nearly impossible for the average voter to name the party behind the big-ticket platform ideas of the major parties.

Which party proposed doubling the Canada Workers Benefit to give low-wage workers a rebate on federal income tax?

Which party proposed a tax-free savings account for first-time homeowners under the age of 40?

Which party proposed a two-year ban on foreign ownership of homes? (Trick question, they all agree on that one!)

One of the biggest announcements from the Conservative campaign was an idea to allow working mothers to continue collecting maternity leave payments while working part-time. The kicker: a Liberal policy already allows this.

The uninspiring sameness of the major parties led us to a status quo outcome. Canadians were indifferent to the various pitches, and thus, retreated to old habits and cast the same vote as they did last time.

(The exception came by way of Maxine Bernier and the People’s Party of Canada, who ran on a very different set of issues and nearly tripled their vote count. Bernier’s outside-the-box ideas, however, led much of the media — also cursed by toxic groupthink and rigid boring sameness — to demonize and slander Bernier and call him every horrid name in the book.)

The Conservatives once offered the occasional spark of originality in Canada’s painfully dull political system. They sometimes resisted media-induced conformity and would say ‘no’ to the left’s insistence that we all have the exact same opinion on every single topic.

Conservatives used to push back, ever so slightly, on the latest leftist fad — be it on fanatical climate alarmism, open borders immigration or accusing Canada of committing the worst forms of crimes, including genocide.

But it seems those days are behind us. Under Erin O’Toole, the party appears committed to whitewash itself into a true big-L Liberal Party.

Last week, following what I’m told was a very heated caucus meeting on the topic, O’Toole sent out party whip Blake Richards to oppose the Liberal government’s vaccine requirement for all MPs.

“As we said during the election, workplace health and safety can be assured through vaccination or the demonstration of a recent negative rapid test result,” said Richards.

“We cannot agree to seven MPs, meeting in secret, deciding which of the 338 MPs, just elected by Canadians, can enter the House of Commons to represent their constituents,” he said.

I’m told the Tory caucus vehemently opposes vaccine mandates, while O’Toole — weakened from an election loss and worried about a leadership review, which can now be initiated with a letter from just 24 MPs — wants to fall in line with the preferred policy of much of the media and Liberal Party.

O’Toole allowed caucus to win the day, but 24 hours later, speaking to TVO’s Steve Paikin, O’Toole changed his mind and contradicted Richards by saying that his party will respect the Liberal rule on vaccines.

For 24 hours, there was a hint of daylight between the Liberals and Conservatives. That, apparently, was too much for O’Toole, who seems to prefer the position of total Liberal conformity.