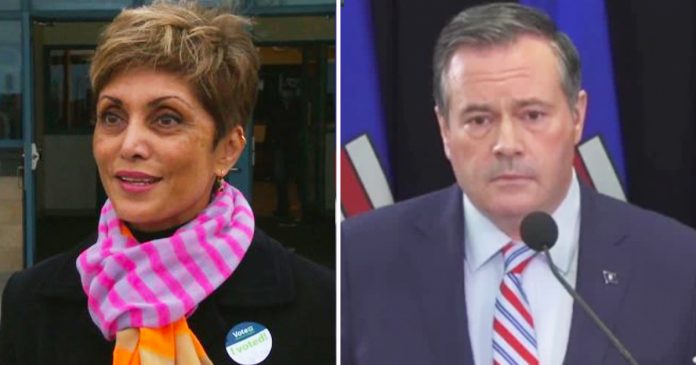 Speaking to reporters Tuesday afternoon, Kenney said Gondek’s decision to declare Calgary in a state of emergency due to climate change is a “peculiar priority,” given more tangible challenges the city is facing.

“In a city that has been suffering from near double-digit unemployment, that has gone through five years of deep economic adversity, I find that a peculiar priority,” Kenney said. “I would have thought that the mayor of Calgary’s top priority would be getting Calgarians back to work. That’s certainly my top priority.”

In an interview the day after the election on Real Talk with Ryan Jespersen, Gondek said her first order of business would be to declare a climate emergency, something she said would make capital “flow in” to Calgary.

Gondek also said it was time to “move past” oil and gas to “put ourselves on the map as the city that is the absolute leader in a transitioning economy.”

In 2018, however, while serving as a Calgary city councillor, Gondek sang a different tune about the importance of Alberta’s energy industry.

“Because I am Canadian and a public servant at the city of Calgary, I support Canada’s oil and gas sector,” she said at the time. “Canada’s oil and gas firms have repeatedly demonstrated leadership on a global stage. Whether through innovations in technology, but minimized impact to the environment, or unmatched standards in health and safety practices.”