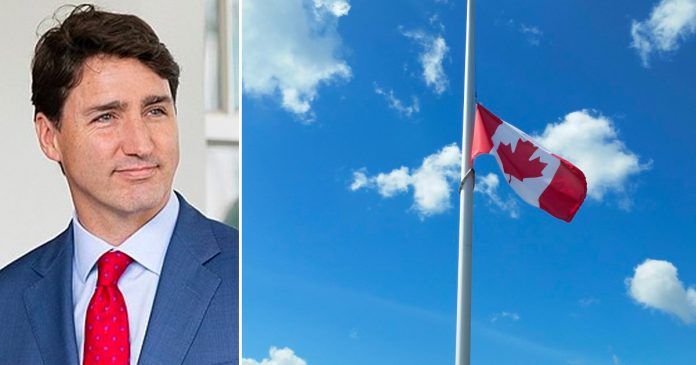 The Liberal government is refusing to raise the Canadian flag on Remembrance Day so that it can be ceremonially lowered to half-mast as tradition dictates.

Despite appeals from Conservative leader Erin O’Toole and others, the Department of Canadian Heritage says the flag will remain in place for the foreseeable future, unless directed otherwise by Prime Minister Justin Trudeau.

“All Canadians are horrified by the reminders in Kamloops and Cowessess and we have deep grief and a drive to reconciliation,” said O’Toole.

“I think the flag should be restored by that time and the prime minister has provided no direction here.”

Canada’s flag has been flying at half-mast at federal buildings, including Parliament Hill’s Peace Tower, since May 30, when Trudeau issued the order after the announcement of unmarked graves at former residential school sites.

“If a half-masting notice is already in effect for federal buildings and establishments when another half-masting notice — whether mandatory or discretionary — is issued, no action in relation to the national flag of Canada is required,” Canadian Heritage officials told the Canadian Press.

Trudeau also declined to raise the flag for Canada Day, even though flag protocol dictates that Canadian flags should never be at half-mast on July 1.

On Canada Day, Trudeau asked that the flag remain at half-mast for Canada Day.

“As people across the country continue to honour the Indigenous children whose lives were taken far too soon, and as we reflect on the tragedy of residential schools, I have asked that the flag on the Peace Tower remain at half-mast for Canada Day,” tweeted Trudeau at the time.

According to the rules which govern the display of the national flag, lowering the flag to half-mast is required on special commemorative days like Remembrance Day and the National Day of Remembrance for Victims of Terrorism.