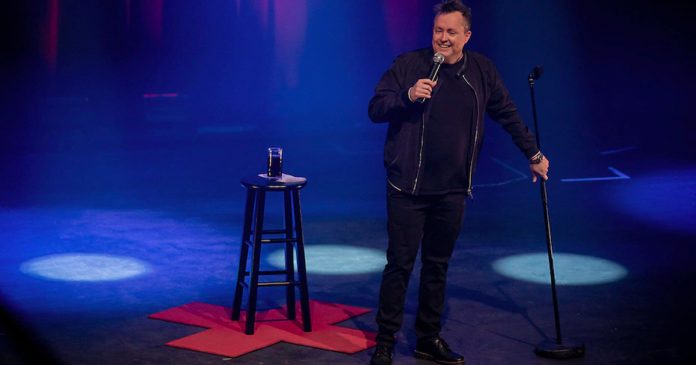 A Quebec comedian’s jokes about a disabled child singer do not fall outside the parameters of free speech, the Supreme Court of Canada has found.

In a 5-4 split decision, the Supreme Court ruled that while comic Mike Ward’s jokes ridiculed singer Jeremy Gabriel, who suffers from Treacher Collins Syndrome, Gabriel was targeted by Ward because of his fame, not his disability.

Ward was previously fined $42,000 by a Quebec human rights tribunal, which found his jokes to be discriminatory and violated Gabriel’s dignity. This was later upheld by the Quebec Court of Appeal.

The Supreme Court found the comedian’s jokes did not seek to incite other people to mock the singer, and he cannot be blamed for the actions of others who copied the jokes.

“The impugned comments … were made by a career comedian known for this type of humour,” said the majority judgment. “They exploited, rightly or wrongly, a feeling of discomfort in order to entertain, but they did little more than that.”

The Supreme Court of Canada’s decision in favour of comedian Mike Ward is an important one in defining the scope and importance of free speech, a civil liberties organization says.

CCF executive director Joanna Baron said this decision clarifies the test for discrimination in the context of a conflict between the right to the safeguard of dignity and freedom of expression.

“In particular, the decision underscores the fact that free speech has inherent social value and should be protected from unjustified state intrusion,” said Baron. “Merely causing offence does not amount to discrimination and should not attract state-imposed fines.”

The CCF intervened in the case, argued the test for discrimination should be modified to reflect the important role that freedom of expression plays in an open society.

CCF litigation director Christine Van Geyn said it is not the role of governments to censor comedy through punitive fines or to tell comedians what jokes they can make.

“This case isn’t about whether the jokes Mr. Ward told were funny or if they were in bad taste,” said Van Geyn. “It is about the notion that it is not for the government to decide.”

True North journalism fellow Andrew Lawton praised this decision, but said the prolonged legal battle is in and of itself concerning in a free society.

“While the Supreme Court made the right decision, it’s shameful that a comedian’s jokes had to go through a decade of litigation to reach what should have been the obvious conclusion,” said Lawton. “Comedy is about slaying sacred cows, and offensive jokes, even if they are rude or uncivil, are free speech.”

In 2012, when Gabriel was 15 years old, his family filed a human rights complaint against Ward with the QHRC, which referred it to a human rights tribunal.

Ward had a live show called “Mike Ward s’eXpose” from 2010 to 2013, where he ridiculed people who no one else would.

Ward described Gabriel in his live shows as “little Jeremy” and “the kid with the sub-woofer on his head,” and made other similar jokes about the boy’s disability.

The tribunal heard Gabriel grew despondent, contemplated suicide, and sought psychiatric help to cope with the ridicule he experienced from other people.

Ward appealed the decision. In 2019, the Quebec Court of Appeal ruled in a 2-1 decision that the comedian’s jokes compromised the singer’s right to safeguard of his dignity and could not be justified, even in a society where freedom of expression is valued.

The Quebec Court of Appeal did roll back the payments to Gabriel’s mother, saying she was not a victim of discrimination.