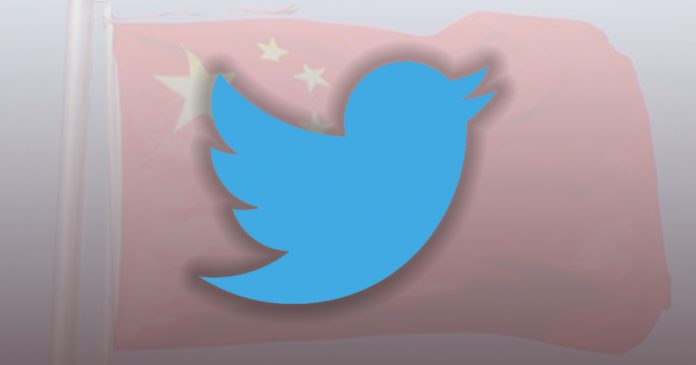 Twitter suspended six accounts for one week that opposed the Chinese Communist Party’s global influence, while remaining silent about why the suspensions were issued, according to the National Review.

Twitter suspended six accounts operated by Optimum Publishing International, a Canadian publishing house. Optimum’s main account and the profiles they use to promote five of their books were suspended in early October, but were later restored.

Jimmy Quinn, the reporter at National Review who broke this story, reached out to Twitter twice in the last few weeks to inquire about the suspensions, but his emails went unanswered.

Optimum’s Twitter accounts have been restored, but the social media platform has not explained whether the suspensions have to do with their work on Chinese political influence or why it took one week to restore them.

In its communications with Optimum president Dean Baxendale, Twitter said the accounts were suspended because the publishing house was “operating multiple accounts with overlapping use cases, such as identical or similar personas or substantially similar content” in violation of the platform’s rules. Baxendale said foreign authoritarian governments such as Russia and China commit similar actions, and this conduct has gone unaddressed by Twitter.

Baxendale told Twitter that these accounts are not inauthentic and intended to promote certain books. The social media platform restored these accounts.

Twitter also operates more than one account on their platform. Each of these accounts plays a different role in engaging with users.

A study done by the Programme on Democracy and Technology at the University of Oxford in May found a large number of Twitter accounts that demonstrate inauthentic activity intended to increase engagement with official Chinese government accounts. Researchers at Oxford noted Twitter took down accounts they identified as inauthentic, but the official accounts for Chinese officials and state media at the centre of this scheme have not been suspended.

Chinese diplomats have not been suspended from Twitter despite promoting a conspiracy theory that the U.S. Army brought COVID-19 to China.

Nebraska Sen. Ben Sasse and Wisconsin Rep. Mike Gallaghar urged Twitter CEO Jack Dorsey in a letter in 2020 to ban CCP officials from the platform for spreading disinformation about COVID-19.

“It is clear that Chinese Communist Party officials are using Twitter to disseminate propaganda in the midst of a dangerous global crisis,” said Sasse and Gallaghar. “Even worse, this propaganda obscures and confuses users over the origins of the COVID-19 pandemic and potentially undermines efforts to contain and control the outbreak.”