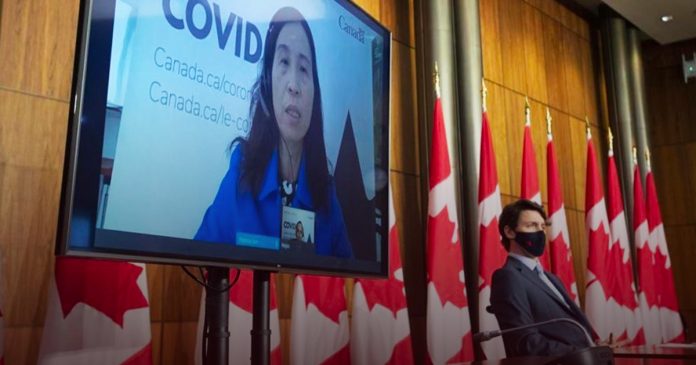 The government is changing what it means to be “fully-vaccinated.” Two shots may not be enough as Canada’s top public health “expert” Dr. Theresa Tam says the general population will need another vaccine shot. Tam’s latest ruling comes just three days after she said boosters would not be required for Canadians.

Nobody is surprised by the government’s moving goal-posts anymore. Whether it’s vaccine passports or Canada’s early response to the virus, Canadians have been accustomed to non-sensical and contradictory rules.

True North’s Candice Malcolm says it’s no wonder Canadians are hesitant when the lockdown authoritarians constantly tell us to “trust the science.”