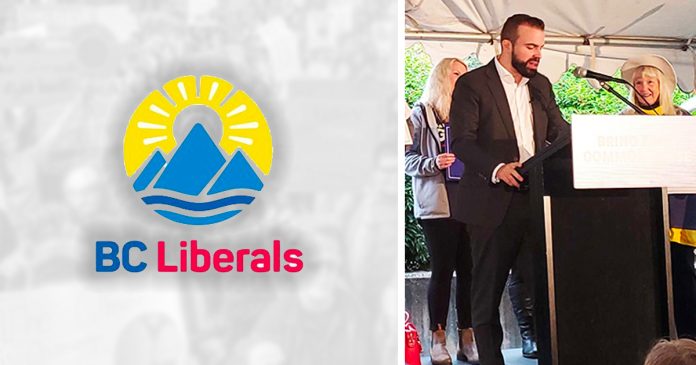 The BC Liberal Party cited a number of tweets by Conservative commentator Aaron Gunn where he argued that Canada had not committed genocide against Indigenous people before disqualifying him from running for the party’s leadership.

According to an October 7, 2021 email shown to True North from a BC Liberal Party executive, the party took issue with some of Gunn’s statements on his personal social media account.

“As will no doubt be obvious to you, the Party will require some time to complete the requisite due diligence in respect of your Application,” wrote the BC Liberals.

“As a preliminary matter, the following posts on your social media have been brought to my attention.”

Four tweets in particular were cited by the BC Liberals and Gunn was given seven days to respond.

In an exclusive op-ed published by True North, Gunn addressed the disqualification as “shocking” and maintained that his statements did not fall outside of legitimate debate.

In one of the tweets dated to June 4, 2019, Gunn accused Prime Minister Justin Trudeau of “sensationalizing truly horrific events” and that the word genocide “doesn’t remotely reflect the reality” of Canada’s history.

In another tweet from October 22, 2020, Gunn states that “there was no genocide.”

According to the email sent to Gunn, the BC Liberals claimed that Gunn’s comments could “bring the Party into disrepute.”

“I have taken the opportunity to discuss this matter with the Co-Chairs of the Leadership Election Organizing Committee (LEOC) and they are of the view that the noted comments could bring the Party into disrepute, particularly given the Party’s interest in resolutely supporting reconciliation with First Nations,” wrote the BC Liberals.

Two other tweets by Gunn were also included as examples.

Gunn was disqualified by the party on October 22, 2021. In an official statement on the matter, the BC Liberals stated that Gunn’s candidacy “would be inconsistent with the BC Liberal Party’s commitment to reconciliation, diversity and acceptance of all British Columbians.”

True North reached out to the BC Liberals for comment on the tweets and was told that there were other past statements made by Gunn which the party took issue with that were not included in the email cited in this article. Examples of other tweets or statements which were considered when denying Gunn his candidacy were not provided by the BC Liberals.

“We do not have much to add other than to say that the four tweets you have included for reference do not reflect the totality of the statements that the Leadership Election Organizing Committee had concerns with in regard to Mr. Gunn’s application,” BC Liberals Director of Communications David Wasyluk told True North.

In response to the allegations, Gunn stated that it was a sign that conservatives and those who value free speech were no longer welcome in the party. Prior to his disqualification, the only Indigenous candidate in the race for the leadership, BC Liberal MLA Ellis Ross, encouraged the party to accept Gunn’s candidacy.