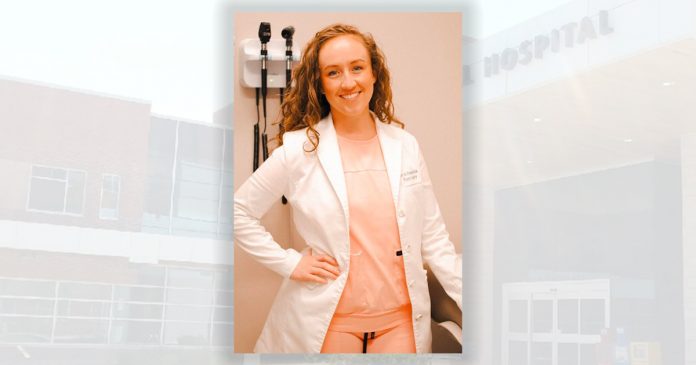 A Stratford, Ontario surgeon, who has decided to be unvaccinated for personal health reasons, has been suspended without pay by Huron Perth Healthcare Alliance and could soon lose her job.

In an interview with True North, Dr. Alanna Fitzpatrick recounted how some of her patients cried in her office when she had to break the news to them that she was no longer allowed to treat them.

“I told my institution that I am not resigning, I don’t want any patients to feel like I am abandoning them. I want them to know that I am ready, willing and able to work anytime that the hospital would have me back,” Dr. Fitzpatrick said.

Dr. Fitzpatrick, who is a plastic and reconstructive surgeon by training, services four hospitals in the region, two of which are from rural communities. Being one of only two doctors able to perform certain procedures in the area, some patients will now have to travel up to two hours away to the GTA so they can be seen by a medical professional.

“There were a number of procedures where I was the only surgeon in my hospital performing them so all of those patients are redirected to London and there’s actually a specific procedure that I’m redirecting to the GTA because no one in this region is accepting consults for it,” Dr. Fitzpatrick told True North.

According to Dr. Fitzpatrick, once the COVID-19 pandemic began, she decided to stop performing cosmetic procedures and to focus on OHIP care in order to not strain her hospital’s resources any further.

While Ontario Premier Doug Ford recently announced that healthcare workers will not be mandated to be vaccinated by the provincial government, some hospitals have taken the matter into their own hands and instituted their own mandatory vaccination policies.

“I think it’s time for the Ford government to step up their leadership on this and tell hospitals this is inappropriate given the emerging data we have and the potentially serious consequences for the healthcare system.”

According to Dr. Fitzpatrick, some of the consequences include nursing shortages for smaller communities, emergency room closures and growing burnout or turnover rates among existing staff who have to pick up the workload of those terminated.

“Yes I am more than happy to comply with any policy from my hospital to improve patient safety other than be vaccinated,” Dr. Fitzpatrick told True North.

“I think there’s a perception out there that the question has been asked and answered in the scientific literature as to whether vaccine-only policies vs vaccine or testing policies is superior and that is a big misconception. That has not been studied specifically in the literature at all. Right now, it is a hypothesis of many people that vaccine-only would be stronger protection. My hypothesis would be that rapid swab testing is actually preferable because as we know even vaccinated individuals can carry and transmit COVID-19.”