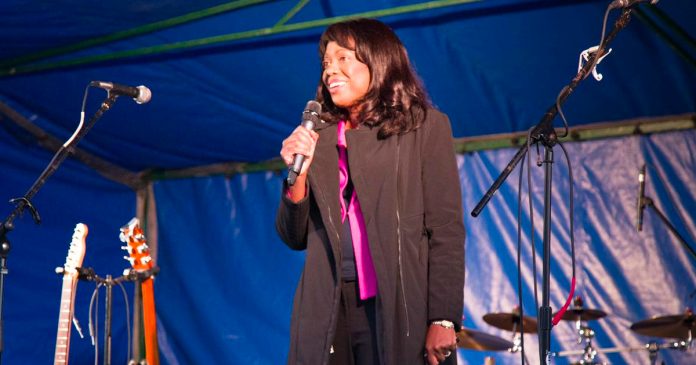 Conservative Leader Erin O’Toole has excluded Leslyn Lewis from the party’s shadow cabinet despite making glowing remarks about the newly-elected MP and former leadership contender in the past.

Lewis’ name was starkly missing from the newly revealed shadow cabinet list released by the Conservative Party of Canada on Monday.

It is clear that Lewis’ political inexperience was not behind the exclusion, since newly elected MPs such as Melissa Lantsman and Michelle Ferreri were handed critic portfolios by O’Toole.

Despite not appearing in the shadow cabinet, Lewis congratulated her colleagues on Twitter for receiving their portfolios.

In 2020, Lewis was one of the main contenders for the Conservative Party’s leadership race, eventually landing in third place.

Ahead of the leadership race, O’Toole commended Lewis’ candidacy as a “historic moment for our party.”

“The candidacy of Dr. Leslyn Lewis is a historic moment for our party. A business leader, a lawyer, an activist, a mother, and, yes, because she is a woman of colour. Her candidacy is celebrated and honoured by me and should be celebrated by every member of our Party,” tweeted O’Toole.

“I look forward to working with Dr. Lewis and all members of our Party who are active in the Black and other communities to take back Canada!”

O’Toole has yet to address why Lewis was overlooked for a critic position.

Recently, O’Toole criticized comments by Conservative MPs who were opposed to mandatory vaccination as “not appropriate.” Lewis has recently spoken out about vaccine mandates and has questioned the need to vaccinate children.

“Never have Canadian children been used as shields for adults,” tweeted Lewis on Oct 22.

“Parents question vaccinating kids 5-12 without long-term data, a low risk of fatality, & cautions echoed around the world, when treatment neither prevents transmitting or getting the virus.”

“I don’t think that helps in our public discourse. I’ve tried consistently for a year not to politicize questions about vaccines; to try and find ways to answer questions and reduce hesitancy,” said O’Toole.