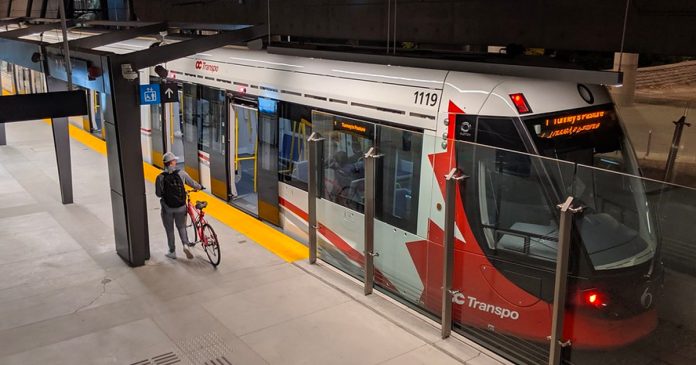 The Canadian Taxpayers Federation (CTF) is calling on the Ontario government to launch a public inquiry into Ottawa’s Light Rail Transit (LRT) debacle after Ottawa Mayor Jim Watson and Ottawa’s city councillors voted against holding an investigation at the municipal level.

CTF interim Ontario director Jay Goldberg said Ontario taxpayers deserve answers about Ottawa’s LRT and that Mayor Watson is abdicating responsibility if he does not support an inquiry.

“Clearly, Ontario taxpayers haven’t gotten what they’ve paid for,” said Goldberg in a press release issued by the CTF on Thursday.

“If Watson won’t give taxpayers answers, it’s up to Ford to call a public inquiry.”

Ottawa City Council voted 13-10 against initiating an inquiry into the LRT project.

The Ontario government has spent $600 million on the LRT project to date, and they are scheduled to spend another $1.2 billion toward further expansion.

“Taxpayers need to know exactly what went wrong and how to fix the current system’s flaws before the province gives another dime toward Ottawa’s LRT expansion,” he said.

According to various reports, the Ontario government has considered imposing an inquiry into Ottawa’s LRT debacle.

Ontario is looking at a number of measures to bring renewed public accountability to this transportation project because it is not working, according to a senior provincial government source.

Despite billions of taxpayers’ dollars invested in the project, Ottawa’s LRT has been mired with issues since it first launched. On Friday, the LRT finally resumed service after being shut down for 54 days.

The LRT has been out of service since Sept. 19 when an LRT car derailed at Tremblay Station and damaged the LRT car, the station platform, the track and infrastructure.

“Having it up and running is fantastic, but we must understand what went wrong,” said McKenney. “We have to know (as we are) building Phase 2, Line 2 with SNC Lavelin, that we are not making the same mistakes again.”