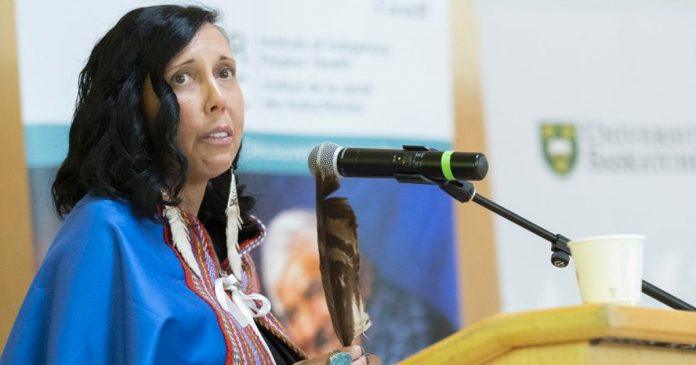 What happens when we as a society elevate race above other traits and accomplishments? Rather than embellishing a resume to add extra experience or to show a higher level of competence, we see that some people instead embellish their innate characteristics.

We’ve witnessed this phenomenon many times in recent years. Perhaps most notably is Democratic Presidential candidate Elizabeth Warren, who claimed to be Native American and even identified as a “minority” while teaching at Harvard. She eventually took a DNA test which showed that she was of European descent, leading her to apologize to the Cherokee Nation for misrepresenting herself.

Canada now has its own version of Elizabeth Warren, which came to light after a thorough (and rather creepy) investigative report into the heritage of Dr. Carrie Bourassa, a professor at the University of Saskatchewan.

Bourassa is an accomplished woman who told an inspiring story of growing up in a dysfunctional family surrounded by violence and addiction in a rough part of Regina, and today, she is the scientific director of the Canadian Institute of Health Research’s Institute of Indigenous Peoples’ Health, the leading Indigenous health research unit in Canada.

Or at least she was — until CBC put out its astonishing investigative report exposing her heritage.

Bourassa claimed to be Métis, but according to CBC’s exposé — which makes painstaking efforts to track down Bourassa’s relative’s migration patterns over a hundred years ago — she’s not. As a result, every one of her accomplishments is being called into question and she is being stripped of her various honours and positions.

Interestingly, Bourassa’s sister once claimed to be Métis as well — also obtaining special assistance aimed towards helping First Nations people advance their education. Then she took a DNA test and learned her Indigenous heritage was, like Warren, little more than family lore.

A charitable reading of these facts suggests that Bourassa held an honest belief that she had a First Nations ancestor. That’s the case for many Canadians, particularly in the West, where so many people come from mixed-lineage families and most of us rely on family stories to piece together our own heritage.

But there are no charitable reads of Bourassa’s case, and even her own University has thrown her under the bus.

The whole story is disturbing — a high profile doctor misrepresenting who she is, CBC devoting sizable resources to investigate the race and bloodline of a successful woman and many observers enthusiastically celebrating her fall from grace.

A few years ago, a member of Justin Trudeau’s cabinet, Maryam Monsef, admitted that she too had an embellished origin story. Monsef was not from Afghanistan, as she had claimed throughout her time in Canada, but instead was from Iran.

The same observers shrugged and said it was no big deal.

“Birthers, hands off Maryam Monsef,” cried Heather Mallick in a column in the Toronto Star, explaining that children are not at fault when their parents peddle misinformation about the family’s history. Even when those children are adults using the false origin story for personal advancement.

That same paper is now calling for universities and institutions to start their own DNA investigations to “stamp down Indigenous identity fraud.”

When I was growing up in Canada in the 1980s and 1990s, I was told that our goal as a society was to build a country that had moved past racial animosity, where people are not judged by their race, and where people could succeed based on their competence and character.

That is the country I grew up in, and I saw many friends and peers achieve great success based on their skills and efforts, not held back by their race or country of origin.

Sadly, as this story illuminates, this no longer seems to be the goal. Instead, our society is obsessed with race — and things are getting ugly.