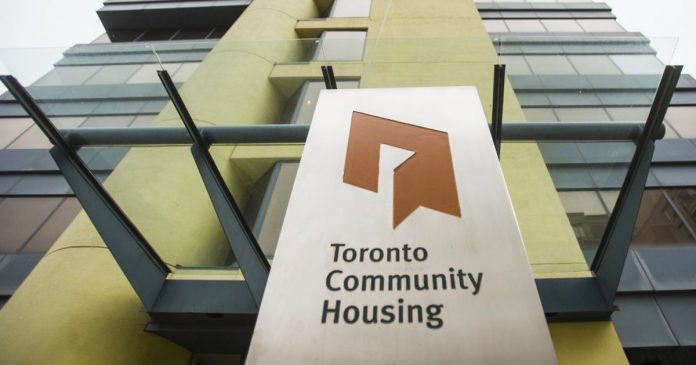 TCHC is so woke, in fact, that officials hired a black agency specifically to create a special logo for the Centre – at a cost of $2,600.

Nothing is surprising anymore when it comes to attempts by politicians to out-woke each other. This quasi-government agency is the last organization that should be spending precious staff resources and taxpayers’ money on such a make-work project.

For as long as I’ve covered the housing authority, it has been plagued by bad management that has used precious funds to hire consultants and other friends; by nepotism and petty infighting;  by overpriced and shoddy repairs and over budget housing projects and by an inability to deal with the criminal element – in particular drug dealers and gangbangers who have infiltrated TCHC buildings in specific Toronto neighbourhoods. That is where black-on-black crime proliferates.

In other words, TCHC does not have a racism or more specifically an “anti-black” racism problem.

It has an ongoing leadership problem. The Authority has also had a problem respecting all tenants, not just visible minorities.

But never let that stop officials from capitalizing on the extremism that is now dominating our culture.

In a report to the TCHC in October of 2020, officials stated that discussions about “anti-black racism” at the TCHC began following the murder of George Floyd, together with the accidental death of TCHC tenant Regis Korchinski-Paquet, both of which occurred in May 2020.

Black staff members at TCHC seized on the opportunity to hold healing circles for more than 100 employees and by September of 2020 a Confronting Anti-Black Racism strategy team was put together.

Month after month and year after year, I’ve watched TCHC officials absolutely flummoxed about how to curb the rising number of rent arrears. Yet it took mere months to put together a team to confront “anti-black” racism and to hold consultations with more than 600 tenants and 150 staff.

No less than nine reports were produced between last fall and this summer with 43 actions identified.

One of the major actions was to establish the Centre for Advancing the Interests of Black People.

That Centre is supposed to become the “central point” of conversations about race and “anti-black” racism; where strategies and solutions to confront anti-black racism and substandard interactions are put in place and where there can be “open dialogue” between tenants and staff.

According to TCHC spokesman Bruce Malloch, the Centre, once fully staffed, will have 17 employees – including a Centre Director at $192,000 per year (already hired), an executive assistant at $96,000 yearly and a business planner at $108,000.

The centre will also have four policy, planning and coaching consultants making $95,000 in addition to a $60,000 food and transportation yearly budget.

Too bad the progressives on city council, on the TCHC board and the then-mayor in waiting (John Tory) weren’t as concerned about the way they treated Gene Jones, the former CEO of TCHC, who despite his great rapport with tenants and the phenomenal work he did to turn around the rot at the housing authority was humiliated and pushed out the door in Feb. of 2014.

Jones went on to a successful stint heading up the Chicago Housing Authority and is now in Atlanta.

Having said that, as seems to be the case in government and at various schools boards, these action plans have been put in place without any indication of the percentage of black tenants and staff that are actually living in TCHC units or are employed by the social housing authority.

Yet again, the actions are not only decidedly selective but downright racist considering TCHC houses a variety of diverse populations across the system.

This appears to be nothing more than a costly exercise to take advantage of the current climate and to give work to “anti-oppression” and “anti-black” racism activists.