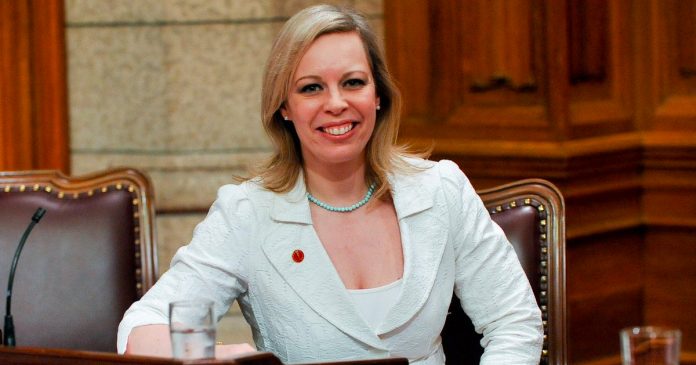 Senator Denise Batters is standing by her call for a referendum of Erin O’Toole’s leadership after being kicked out of the Conservative caucus.

Batters launched a petition for Conservative members to vote on whether O’Toole has a mandate Monday. By Tuesday evening, O’Toole had removed Batters from the Conservative caucus, accusing her of disrespecting her colleagues.

In a statement, Batters maintained her petition was within the party’s principles and policies, while accusing O’Toole of holding a double standard.

“Seemingly, Mr. O’Toole cannot ‘tolerate’ criticism. After the election, I raised my concerns with Mr. O’Toole directly. He did not respond and he did not act. I then asked publicly that our members have a voice. His response now is to kick me out,” said Batters.

“Several weeks ago, my fellow Conservative Senate Caucus colleague levelled similar complaints against Erin O’Toole, even going further to call for his resignation. Yet, he remains a member of National Caucus while I am expelled. Why the double standard?”

“Part of the issue was that by the end of the campaign nobody knew what Erin stood for, including many card-carrying Conservatives,” wrote MacDonald.

“He ran in the 2017 leadership as a bit of a red Tory, then in the 2020 leadership as ‘true blue,’ then as leader he turned the party back to the left. So people ask themselves, what is he — a red Tory centrist, a blue Conservative, or just someone who tacks with the wind and goes where the winds carry him?”

Conservative Leader Erin O’Toole has stood by his decision to oust Senator Batters from Caucus and accused her of “not putting the team and the country first.”

“It was a necessary decision to make for the well-being of our caucus, our Parliament and our country,” said O’Toole.

“We’re united on our way forward as a team. People that are now allowing their frustrations and their own personal agendas or issues on the pandemic to interfere with our progress are not part of that team.