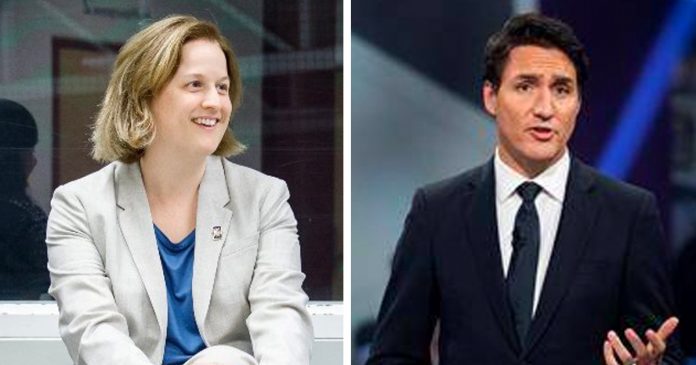 A chief climate advisor to Prime Minister Justin Trudeau tweeted on Thursday for lobbyists not to contact her if they’re not willing to take climate action and that Canada was not “going fast enough” to address climate change.

Sarah Goodman, who is a senior advisor on climate action and sustainable economy to Trudeau, made the statement on her public Twitter account.

Prior to working for the prime minister, Goodman has also served as a vice president and senior vice president with Tides Canada, which is now known as MakeWay.

In 2020, Tides Canada changed its name, which it adopted from the controversial US Tides Foundation, after criticism over “foreign-funded special interests” attacking Alberta’s energy sector by Premier Jason Kenney.

According to a study into anti-Alberta energy campaigns, an estimated $1.28 billion in foreign funds have been funelled to harm the province’s energy industry.

One section of the report was solely dedicated to Tides Canada which was estimated to have received over $140,000 in foreign funding.

“On the basis of the totality of this evidence, I find that MakeWay has engaged in opposition to the development of Alberta’s oil and gas industry in a broad and general sense, and therefore has participated in an anti-Alberta energy campaign,” wrote Commissioner J. Stephens Allan in his report.