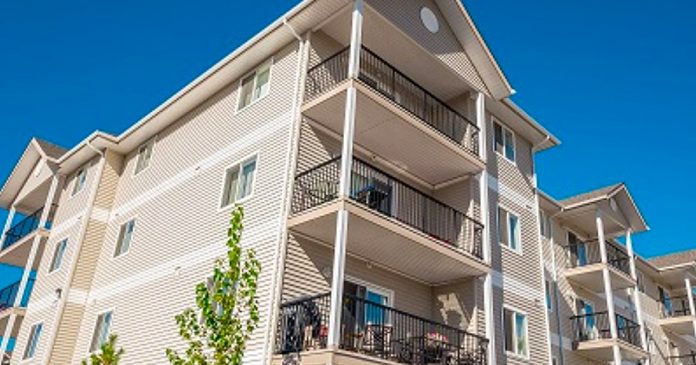 An Alberta property rental company has announced that it will be denying new tenants housing if they’re not vaccinated against COVID-19.

As reported by the Canadian Press, Strategic Group, which owns over 1,500 rental units in Edmonton and Calgary, hopes that their policy will inspire other housing providers to do the same.

“We’re proud of it. Very proud of it. And we’d like to see other landlords implement the same policy. It will help to end this pandemic,” said the company’s chief operating officer Tracey Steman.

Strategic Group’s policy will require anyone touring a suite or new tenants to provide proof of COVID-19 vaccination. Other policies also require existing tenants to show a vaccine certificate to access common areas.

According to President of the Canadian Federation of Apartment Associations John Dickie, it’s unlikely that Strategic Group’s approach will spread to other rental housing providers.

“It’s possible. Some people are reluctant to be the first adopter. But I don’t think it would be very widespread. We’re not the health police,” said Dickie.

Dickie also noted that this was the first case that he’s seen where a rental property manager implemented a proof of vaccination policy for its tenants.

Since the policy was announced, the company has received numerous one-star Google reviews.

“I would never ever use their services. They are DISCRIMINATORY I hope somebody sues them for discrimination because that is what it is,” wrote user Erika S.

“Disgusting policies from a appalling corporation. I will never rent from this company again. Shame on them!” user James Tynan said in a review.