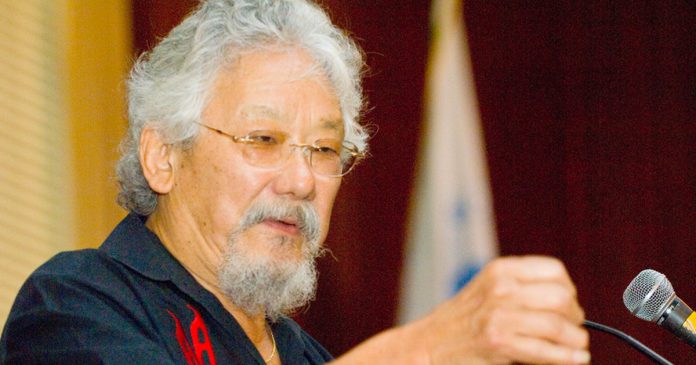 Woke climate activist David Suzuki apologized on Thursday for saying that pipelines are going to be “blown up” if politicians do not pay attention.

“The remarks I made were poorly chosen and I should not have said them,” said Suzuki in his apology. “Any suggestion that violence is inevitable is wrong and will not lead us to a desperately-needed solution to the climate crisis. My words were spoken out of extreme frustration and I apologize.”

Suzuki said the world has to find ways to stop environmental damage, and they need to be implemented in a non-violent manner.

He made his controversial comments during an interview with CHEK News on Saturday after a protest in Victoria when asked what might happen if government leaders do not address climate change.

The woke climate activist said in the interview that climate change has led to the world being in deep trouble.

“This is what we’ve come to,” he said. “The next stage after this, there are going to be pipelines blown up if our leaders don’t pay attention to what’s going on.”

His remarks set off a firestorm on social media, with many people expressing concern that his comments could incite acts of violence.

Suzuki’s comments prompted a response from British Columbia Public Safety Minister Mike Farnworth on Monday, who said statements like these are harmful.

“Have a climate action plan,” he said. “That’s the way forward, that’s the way we’re going to address climate change. Not by making statements that alarm people or cause concern.”

Alberta Premier Jason Kenney said in a tweet on Monday that Suzuki’s comments were wrong.

“This incitement to violence by David Suzuki is dangerous, and should be condemned universally,” said Kenney. “In Canada we resolve our differences peacefully and democratically, not with threats of terrorism or acts of violence.”

Alberta Government House Leader Jason Nixon introduced a motion in the Alberta Legislature on Tuesday to condemn Suzuki’s comments. Nixon said these remarks called for intentional destruction of energy infrastructure, and they were “incitement of violence and eco-terrorism.”

Conservative Leader Erin O’Toole said on Wednesday that the Liberal government was “shockingly silent” after Suzuki said pipelines would be blown up if protestors did not have their way.

O’Toole said instead of uniting, the Liberal government has been dividing.