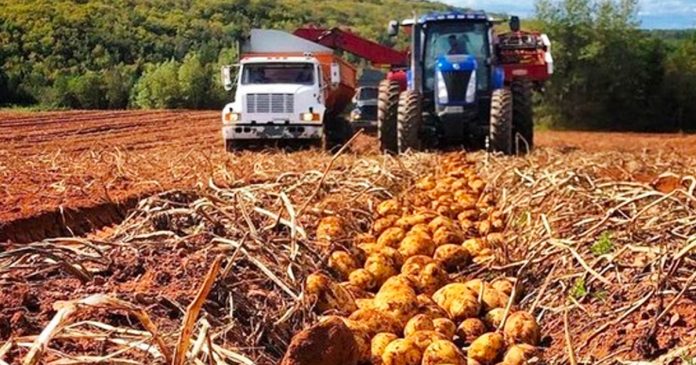 In the wake of a decision by the Canadian Food Inspection Agency (CFIA) to suspend potato exports from P.E.I. to its longstanding American partners, the P.E.I. Potato Board is urging Canadians to work together to protect potato farmers.

“Each year, our hard-working farmers, supported by their network of partners, deliver more than 270 million pounds of fresh and wholesome potatoes to the U.S.,” said P.E.I. Potato Board general manager Greg Donald in a press release issued on Thursday.

“Over the past 20 years, there has not been a single incidence of potato wart – in any market – attributable to Prince Edward Island potatoes. We have faith in our potatoes, and so does everyone, even the minister of agriculture herself.”

“At a time when consumers are already facing rising food costs and food bank use has increased, trade restrictions with no scientific rationale are not good for anyone – farmers, retailers or consumers,” said Donald. “Our message to the CFIA and our U.S. trade partner is ‘let our potatoes go.'”

The P.E.I. Potato Board is calling for an immediate reversal of government-imposed restrictions on the movement of fresh potatoes. It is asking for representatives in Canada and the USA to resolve this issue.

The CFIA suspended shipments of potatoes to the USA because there were two detections of potato warts in fields that were under surveillance. These potatoes were not going to be shipped to any market.

Potato wart was first discovered on the island in 2000, and for more than 20 years, management protocols have been in place, according to the P.E.I. Potato Board. There has never been a single incidence of potato wart in any markets that can be attributed to P.E.I. potatoes.

Potato wart poses no risk to human health. All it does is affect the appearance and marketability of potatoes.

Closer to home, there will be layoffs and other economic impacts on potato farms, trucking companies and packing sheds if this decision is not reversed soon.

New Statistics Canada data shows that the price of some grocery items across Canada is surging in the double digits.

The latest monthly update by the department indicates that common grocery items have been affected by inflation.