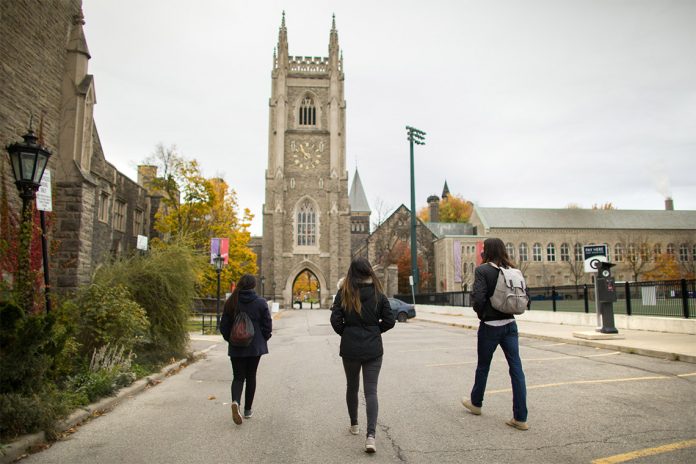 The University of Toronto’s Scarborough Campus Student Union (SCSU) passed a motion pledging to order from kosher food suppliers that “do not normalize Israeli apartheid,” according to a meeting agenda that came out last Wednesday.

This motion called on the SCSU to reaffirm its commitment to the Boycott Divestment Sanctions (BDS) movement by advocating for pro-Palestinian causes.

The SCSU will refrain from engaging with organizations or holding events that support Israel.

Advocacy group Jewish on Campus said in a tweet on Friday that people should note that only kosher food is mentioned.

“It is only Jews who are subjected to the anti-Israel litmus test- in this case just in order to eat,” the group said. “The resolution purposefully targets and isolates Jewish students for their Jewish identity and connection to Israel.”

Jewish on Campus said this resolution is another example of why BDS motions are rooted in antisemitism.

U of T President Meric Gertler condemned the SCSU’s motion in a statement on Friday.

“The motions are specifically focused on Israel in a way that is troubling to many members of the community,” said Gertler. “Such motions would be no more acceptable if focused on another country, or if a student organization in which members are enrolled by their registration were to take multiple stands on a wide variety of issues.”

Gertler said it is unacceptable to impose political tests on kosher food suppliers and Jewish student groups. U of T committed to following up with SCSU to address the university’s concerns.

“Our sincere thanks to the President for his leadership on this matter,” the organization stated. “Hillel U of T looks forward to continuing to work with the U of T administration to ensure the campus remains a safe and inclusive environment for all students.”

Poilievre and Baber slam U of T’s renewed vaccine mandate

Poilievre and Baber slam U of T’s renewed vaccine mandate

Who’s in and who’s out of the 2022 United Conservative leadership...