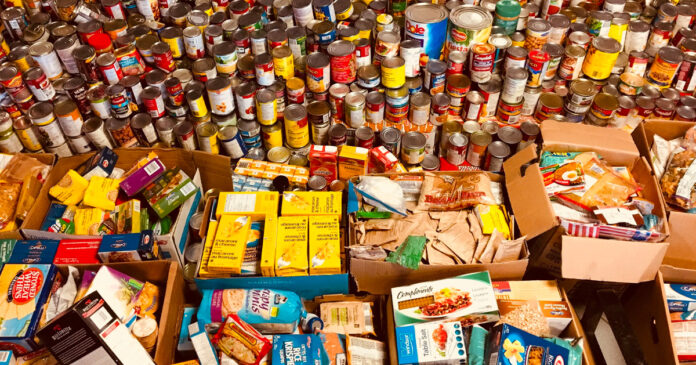 A new report includes some startling numbers of people using food banks during the pandemic.

According to the hunger-relief organization Feed Ontario, 10% more Canadians accessed food banks in the province between April 2020 and March 2021. This represents the highest level since the 2008 recession.

“Housing affordability is a huge reason in terms of driving individuals to food banks.”

The report notes that nearly 600,000 people visited food banks throughout Ontario in the first year of the pandemic. In total, that amounts to over 3.6 million individual visits.

According to Cheng, current social safety nets like Ontario Works and Ontario Disability Support are not doing enough to alleviate the problem.

“They represent 59% of all food bank visitors,” said Cheng. “Social assistance programs are not sufficient enough to support individuals to purchase foods that they need and address their hunger issues.”

The report also revealed that 86% of people visiting food banks lived in rental properties, and over 50% of them cited the cost of housing as a reason for their visits.

“That is a really sad and concerning trend that we’re seeing right now in society,” Cheng said.

“Some of the most vulnerable individuals … are having to face hunger issues and that they are needing to turn to food banks in order to relieve some of those hunger issues.”

Cheng warned that the trend will likely continue even after the COVID-19 pandemic has ended, potentially for several years.

“When the pandemic ends, the impact on individuals going to the food banks will continue several years after,” she said. “We do not anticipate for several years that the numbers will decline, sadly. It will probably continue to increase.”