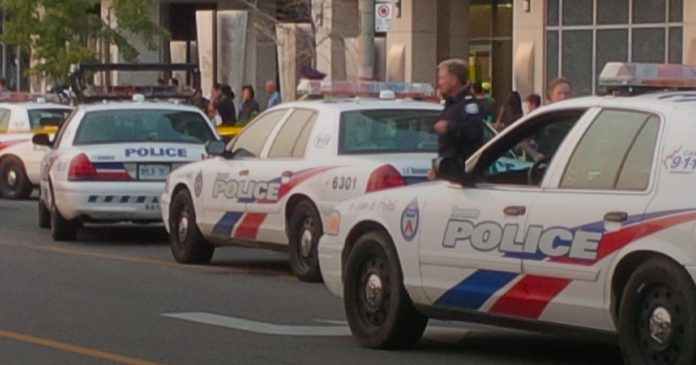 205 members of the Toronto Police Service (TPS) have been forced off the job for not complying with the service’s COVID-19 vaccination requirement. According to a TPS media advisory, the members have “rendered themselves unable to perform their duties and are being placed on an indefinite unpaid absence.”

The members include 117 uniformed officers and 88 civilians. This number represents 2.7% of Toronto Police staff. The axed members will not be allowed to return to work, nor to enter a TPS building or facility, until they disclose full vaccination status.

The Toronto Police announcement comes with the reassurance that “the Service will approach any requests for accommodation in a manner that complies with Ontario’s Human Rights Code.”

These losses come at a time when Toronto is seeing a 20% rise in homicides year-to-date, including a rash of shootings in October. According to Statistics Canada, the number of murder victims in Toronto over the past three years has doubled and even tripled that of Montréal or Vancouver.

Despite the rise in crime, Chief James Ramer has said that losing 205 members will not affect frontline services.

“I want to assure the public that the Service is doing its part to protect the communities we serve and thank our members who have been vaccinated,” he said.

Toronto Police had announced in late August that it would be requiring its members to provide proof of vaccination. In October, the Service updated the policy to specify the consequences of non-compliance. In addition to staff being placed on leave, members who did not show proof of vaccination immediately would be ineligible for promotion to a supervisor or management position.

In August, the union representing Toronto Police members – the Toronto Police Association (TPA) – had opposed the mandatory vaccination policy in a press release, claiming that it “is missing critical details that are central to understanding the impacts, timelines or potentially alternative options available to our members.”

No further announcements from the TPA have followed.