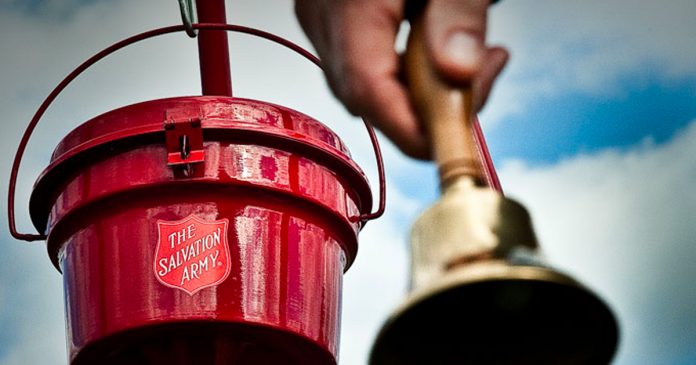 Christmas spirit and a bell don’t cut it for Salvation Army Christmas kettle volunteers this year. They also need to be vaccinated.

A spokesperson for the Salvation Army, a Christian denomination and humanitarian organization, confirmed its vaccination policy after True North heard from prospective volunteers who said they had been turned away from the Christmas kettle campaign because of their vaccination status.

“The Salvation Army continues to follow all provincial and federal public health policies and guidelines as it relates to COVID-19 because our number one priority remains the health, safety and well-being of our clients, employees, officers, volunteers, guests, donors and communities.”

The policy, which went into effect Nov. 15, also extends to ushers, greeters and Sunday school teachers.

Murray said the organization will “consider reasonable accommodations” for individuals who cannot be vaccinated for medical reasons or other protected grounds in human rights legislation.

“I am beyond hurt that my own church is engaging in medical segregation,” Fournier told True North. “That goes against everything William Booth (and Jesus, for that matter) represented. The Salvation Army was formed to minister to the most downtrodden and socially rejected members of society. Today, they themselves are doing the rejection.”

Fournier, who previously served as a volunteer recruiter for the organization, said she knows Salvation Army employees who have been terminated because of their vaccination status, and has even heard of a church barring unvaccinated people from attending in-person services.

The Williams Lake Salvation Army in the British Columbia Interior has reportedly lost 80% of its volunteers due to the mandate, meaning it has had to close its drop-in centre, reduce its thrift store hours and discontinue its feeding program for the homeless.

The Salvation Army says it operates 2,000 kettles nationwide, which raise money to “​​help provide direct, compassionate, hands-on service to over 1.9 million people each year in Canada, restoring hope and dignity to those who might otherwise remain invisible in society.”

The kettle campaign has been operating in Canada since 1903.